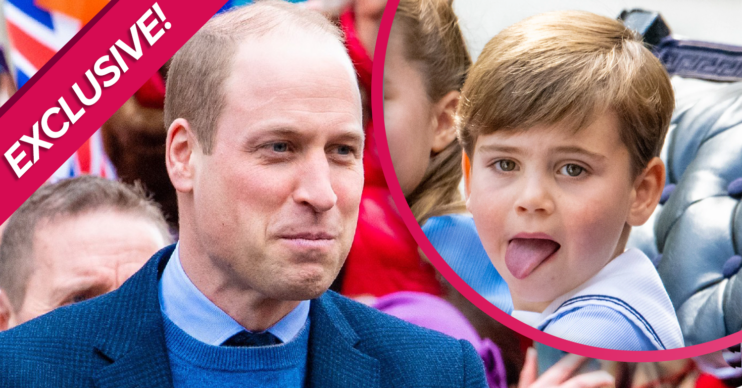 The little boy certainly had fun at the Platinum Jubilee

Royal expert Jordon-Lee Squibb claimed William was expected to spend his big day with friends and family this year.

Coming just weeks after the Queen marked 70 years on the throne, Jordon said William was set to enjoy his big day in a quieter, more private manner than the Platinum Jubilee celebrations.

But that doesn’t mean Prince Louis – who thrilled the nation over the four-day bank holiday – didn’t have any fun!

Speaking about William’s milestone birthday, Jordon said: “The Duke of Cambridge will likely be spending the day privately with Kate and their three children.

“Both William and Kate have made an effort to spend birthdays together – especially while the children are young.”

I suspect Louis will be in his element with any birthday celebrations – especially after he enjoyed the Platinum Jubilee so much.

Jordon continued, explaining that royal duties often meant William didn’t have his parents with him on special occasions.

Because of this, he’s always ensuring that he’s there for his children – and today would’ve been no different.

“I suspect Louis will be in his element with any birthday celebrations. Especially after he enjoyed the Platinum Jubilee so much,” Jordon added.

William’s plans for the future

“Turning 40 is a significant moment in anyone’s life, not least the future king,” Jordon continued.

“William will be reflecting on his role within the Royal Family and looking to the future on how that role will develop and prepare him to be king.”

“After the challenges of the last few years, it is clear William is determined to step up to support his grandmother and father,” he claimed.

Due to the Queen’s recent health and mobility issues, William has stepped up more often than usual.

This looks as though it will continue in the future.

“The Platinum Jubilee showed there’s still a lot of affection for the Royal Family.

“William is passionate about the causes he supports – especially homelessness and sustainability,” Jordon concluded.