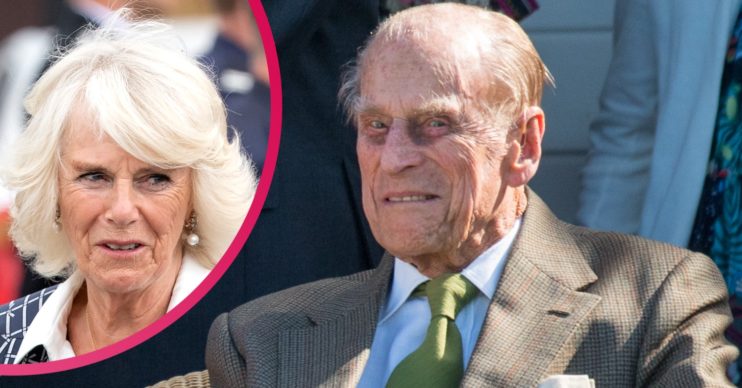 The Queen's spouse will attend a special royal military event

The Duke of Edinburgh, Prince Philip, is set to make a rare public engagement.

The Queen’s spouse of some 72 years, will attend a special military event.

The 99-year-old will pass his title of Colonel-in-Chief of The Rifles to Camilla Duchess of Cornwall, 73.

Set for this coming Wednesday (July 22), this will be Philip’s final day of the role. He has held it for 67 years.

However, due to social distancing, Philip and Camilla will take part in the event some 100 miles apart.

Philip will attend from Windsor Castle, while Camilla will do the same from Highgrove House in Gloucestershire.

Read more: Princess Beatrice ‘isolated with Prince Andrew’ ahead of her wedding

At Windsor Castle four Buglers of The Band and Bugles of The Rifles will sound The Rifles Assembly.

Passing the role to Camilla

Major General Tom Copinger-Symes will offer the salute and thank Philip for his many decades of service.

Once their ceremony is complete, four Buglers will sound The Rifles Assembly at Highgrove House.

General Sir Patrick Sanders will be at Highgrove to welcome the Duchess as the new colonel-in-Chief.

Congratulations to HRH Princess Beatrice and Mr Edoardo Mapelli Mozzi! The couple were married in a small private ceremony at the Royal Chapel of All Saints at Royal Lodge, Windsor on Friday 17th July. . Princess Beatrice and Mr Edoardo Mapelli Mozzi celebrated their wedding with their closest family.‬ . The happy couple are pictured with Her Majesty The Queen and The Duke of Edinburgh. . Princess Beatrice wore a vintage dress by Norman Hartnell and the Queen Mary diamond fringe tiara, both belonging to Her Majesty The Queen. The tiara was worn by Her Majesty on her wedding day in 1947. . Photograph by Benjamin Wheeler.

His active military career includes serving as a first lieutenant in the Royal Navy during WWII.

He announced his retirement from royal life in 2017, but had still retained this military title until now.

The news of his upcoming engagement comes less than a week since he attended his granddaughter’s wedding.

Forced to cancel their May wedding due to lockdown, they held an intimate ceremony on the Queen’s grounds, with just 20 in attendance.

Buckingham Palace confirmed that her father, Prince Andrew, walked Beatrice down the aisle.

Released photos from the palace show Prince Philip standing next to the Queen and at a social distance from Beatrice and Edoardo.

Royal fans were delighted to see Philip in attendance, as the near 100-year-old has battled severe health issues over the last year.

He was in a serious car crash in January 2019, resulting in his Land Rover overturning.

And the Prince was hospital bound over Christmas, forcing the Queen to celebrate at Sandringham without him.

He broke his silence this April to release a statement praising NHS staff and key workers during the pandemic.

His statement included: “I wanted to recognise the vital and urgent work being done by so many to tackle the pandemic; by those in the medical and scientific professions, at universities and research institutions, all united in working to protect us from Covid-19.

“On behalf of those of us who remain safe and at home, I also wanted to thank all key workers who ensure the infrastructure of our life continues; the staff and volunteers working in food production and distribution, those keeping postal and delivery services going, and those ensuring the rubbish continues to be collected.”