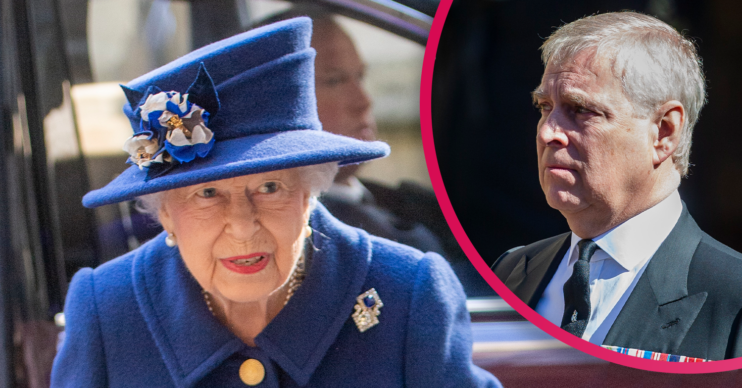 Prince Philip’s memorial is taking place in London today (March 29), with the Queen travelling from her home in Windsor for the service.

However, her choice of companion for the car journey did raise some eyebrows earlier today.

The monarch was pictured setting off from Windsor Castle with her shamed son Prince Andrew by her side.

Of course, it’s not long since the Duke of York settled his Stateside civil sex assault case with a payout worth millions.

Her Majesty travelled to London this morning with her son Prince Andrew by her side.

Of course, Prince Andrew lives in Windsor at Royal Lodge.

So it could be that the decision for them to travel together was purely a logistical one.

Nonetheless, it’s a decision that has left royal watchers divided.

ITV’s royal editor Chris Ship tweeted the news that the Queen was on the move with Prince Andrew.

He called it an “interesting choice of travel companion on this important day”.

Fans responding to his comment seemed entirely torn over the decision.

One said: “It’s so hard to keep the distinction between the ‘family’ and the institution.

“I feel today a mother should be supported by her children. And whatever she needs to get her through today should be granted.”

Another said: “He is her son. Prince Philip was his father. He has every right to attend the memorial with the rest of his family.”

“Whatever he has done, he has every right to still see his family and to attend the service of thanksgiving for his father,” said a third.

“He’s her son. Philip was his father. They both live in Windsor, which none of her other children do,” said another.

‘Mummy’s best boy till the end’

However, others were very opposed to the decision and accused Andrew of “taking advantage” of his elderly mother.

“He’s taking advantage of his elderly mother. Happens all the time,” they said.

Another commented: “Doesn’t surprise me in the slightest, Mummy’s best boy till the end, sickening.”

“A show of support that she thinks will lead to his reintegration into society. No chance. Public mood greatly misjudged,” another concluded.

Head to our Facebook page @EntertainmentDailyFix and tell us what you think of the Queen’s decision.