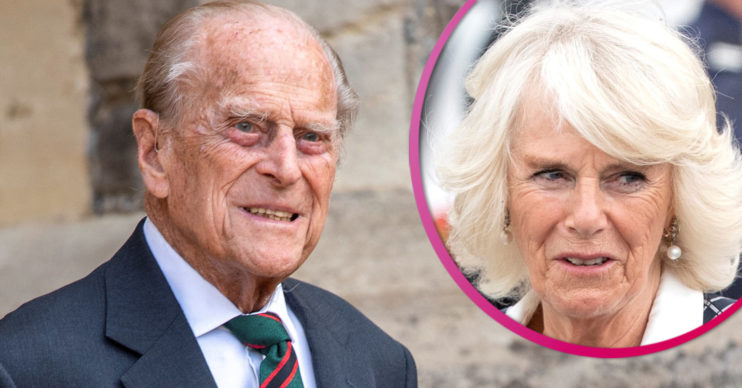 Prince Philip has stepped out of retirement to attend a rare royal engagement at Windsor Castle.

The Duke of Edinburgh, 99, transferred his role as Colonel-in-Chief of The Rifles to Camilla, Duchess of Cornwall.

However, while Philip was at Windsor Castle, his daughter-in-law Camilla was at Highgrove House in Gloucestershire.

Philip, who retired from royal duties in 2017 when he was 96, attended the ceremony at midday on Wednesday (July 22).

What did Prince Philip do at the ceremony?

During the engagement, the duke was thanked for his 67 years of support for The Rifles by Assistant Colonel Commandant, Major General Tom Copinger-Symes.

The Rifles Regimental Call was then sounded, followed by the ‘No More Parades’ call, to mark Philip’s last ceremony as Colonel-in-Chief.

A rare appearance by the Duke of Edinburgh, 99, at Windsor Castle, as he hands over the role of Colonel-in-Chief of The Rifles to the Duchess of Cornwall. She is taking part in a ceremony at Highgrove. pic.twitter.com/27lTiuYSG2

She was welcomed as the new Colonel-in-Chief.

The ceremony is Philip’s first engagement in more than a year.

The Queen’s husband announced his retirement from royal life in 2017, but had still retained this military title until now.

Royals fans were thrilled to see Philip looking so well and shared their thoughts on Twitter.

Another added: “Nice to see him out and looking well.”

A third tweeted: “Bravo! It’s great to see Prince Philip out and about!”

The couple cancelled their May wedding due to the coronavirus lockdown.

However, Beatrice and Edoardo held an intimate ceremony at Windsor Castle, with just 20 in attendance.

In photos, Prince Philip stood next to the Queen and at a social distance from Beatrice and Edoardo.

Philip was in a serious car crash in January 2019, resulting in his Land Rover overturning.

His car collided with another vehicle near the family’s Sandringham Estate in Norfolk.

Meanwhile, Philip was in hospital days before Christmas last year after suffering from flu-like symptoms.

It’s good to see him looking so well.