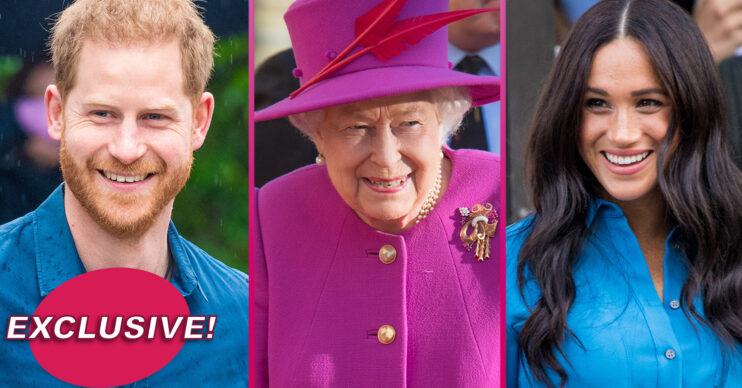 Queen ‘may Zoom Harry, Meghan and baby Lilibet’ as couple ‘support’ her on Prince Philip’s birthday

On what would have been the 100th birthday of Prince Philip, the Queen may enjoy a Zoom call with her new great-grandchild.

According to a royal expert, Her Majesty might get to see Meghan Markle and Prince Harry‘s newborn daughter Lilibet – who was born on June 4 – on video call.

The royal family will likely support the Queen on the occasion, including the Duke and Duchess of Sussex.

Royal correspondent Charles Rae told Entertainment Daily! that the royal family have been in “regular contact” with the Queen after Philip’s death in April.

Read more: The Queen ‘will be supported by family on Prince Philip’s 100th birthday’

He added: “We also have Prince Edward and Sophie, who is very popular with the Queen stepping into the shoes left empty by the Duke and Duchess of Sussex.

“I would also not be surprised if the couple do a zoom call on the day where Her Majesty will be able to see her new great granddaughter Lilibet.”

Meanwhile, Mr Rae said that Prince Charles, Camilla, Prince William and Kate Middleton will be in contact with the Queen on June 10 – what would have been Philip’s 100th.

Since Philip’s death in April, the family have rallied around Her Majesty.

Her Majesty will be able to see her new great granddaughter Lilibet.

Earlier this year, reports claimed that senior royals will accompany the Queen at big engagements in the future.

A source told The Sun in April: “Prince Charles will start ­taking on an even bigger role in royal life.

The Queen ‘supported’ by royals

“There will be a visible show of support for the Queen from senior members of the family at future events.”

The Duke of Edinburgh died on April 9.

The Queen previously described him as her “strength and stay”.