The Duke and Duchess of Cambridge have treated fans to a fifth photo from Prince Louis' christening - and it's adorable!

The absolutely heart-warming and adorable picture shows a wide-eyed Prince Louis smiling with joy while being held by his mother, Kate.

The gorgeous moment between mother and son was captured by photographer Matt Porteous, who said: "Moments like these. It was an honour and a privilege to photograph the christening of Prince Louis."

The Duke and Duchess of Cambridge had earlier released four stunning images taken by photographer Matt Holyoak at Clarence House on July 9, shortly after Prince Louis was baptised at The Chapel Royal, St James's Palace.

It was an honour and a privilege to photograph the christening of Prince Louis.

Little George is seen grinning as he sits on his dad's knee, while Charlotte holds her little brother Louis' hand in her own.

The royal family are then joined by Kate's family for another snap, which includes her pregnant sister Pippa.

Fans adored the intimate pictures, with one saying: "Lovely family photos, thank you for sharing your special moments."

Another added, "These are beautiful photos!! What a gorgeous family," while a third chimed in: "Such a beautiful and blessed family."

British photographer Matt said he was "truly honoured" to have taken the pictures, adding: "Everyone was so relaxed and in such good spirits, it was an absolute pleasure." 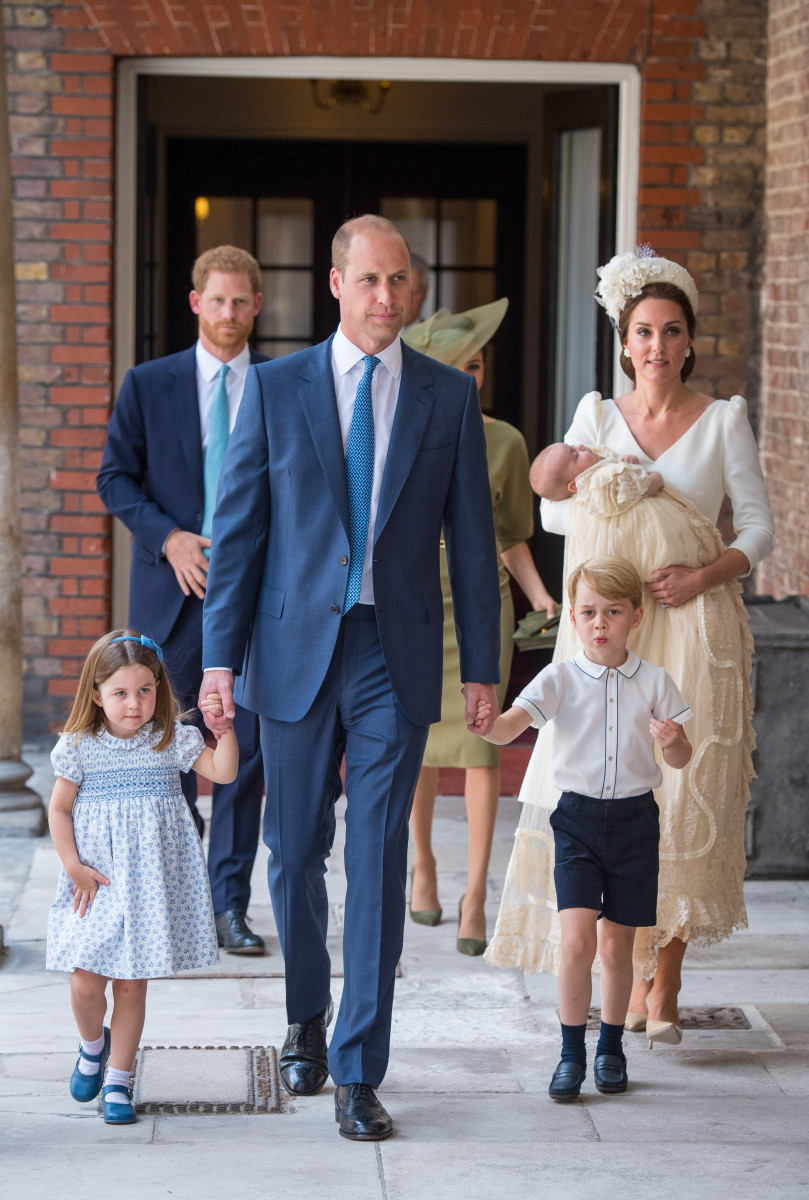 Prince Louis' christening was an intimate service attended by just a handful of family and friends.

William's father, The Prince of Wales, and Camilla, The Duchess of Cornwall, as well as newlyweds The Duke and Duchess of Sussex were all present.

Kate's parents, Carole and Michael Middleton, were also in attendance, alongside her brother James and pregnant sister Pippa, as well as Pippa's husband James Matthews. 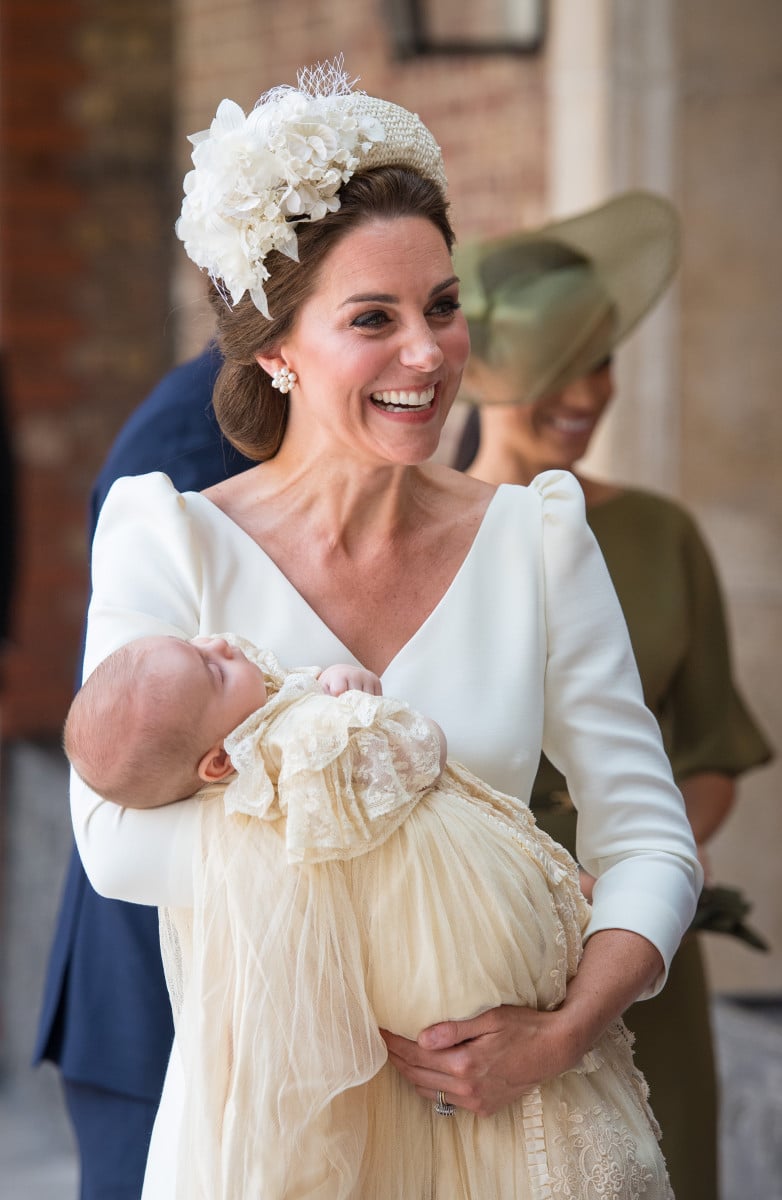 The fifth in line to the throne wore a handmade replica of the Royal Christening Robe, made by The Queen's dressmaker, Angela Kelly.

The Royal Christening Robe was made in 1841 for the christening of Queen Victoria's eldest daughter, and was worn for all subsequent royal christenings up until James, Viscount Severn, who was born in 2007, who was the first to use the replica robe. 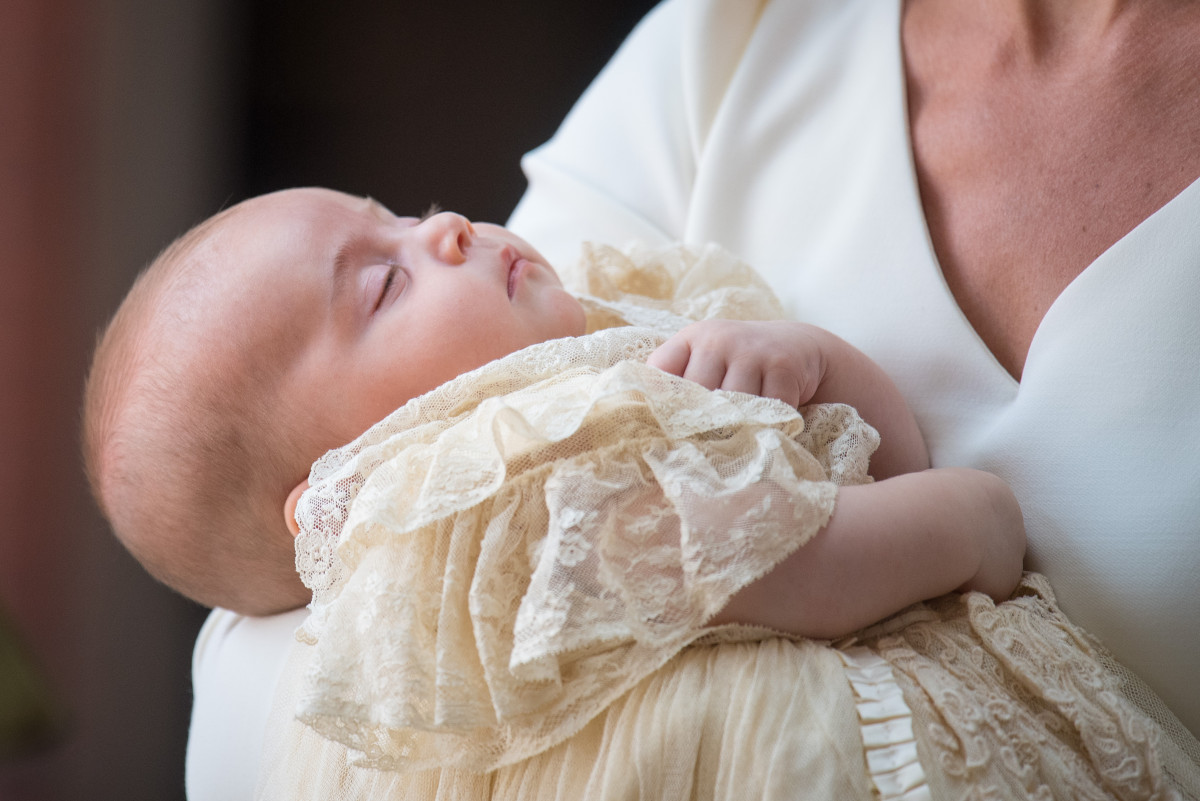 Prince George was also christened at The Chapel Royal, St. James' Palace, while Charlotte was christened at the Church of St Mary Magdalene at Sandringham.

The Duke and Duchess of Cambridge hosted a private tea party at Clarence House following the christening, where guests were treated to christening cake made from a tier of the couple's wedding cake.