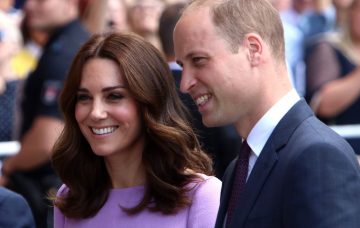 The stunning images were taken by Matt Holyoak at Clarence House

The Duke and Duchess of Cambridge have released four beautiful pictures from Prince Louis’ christening.