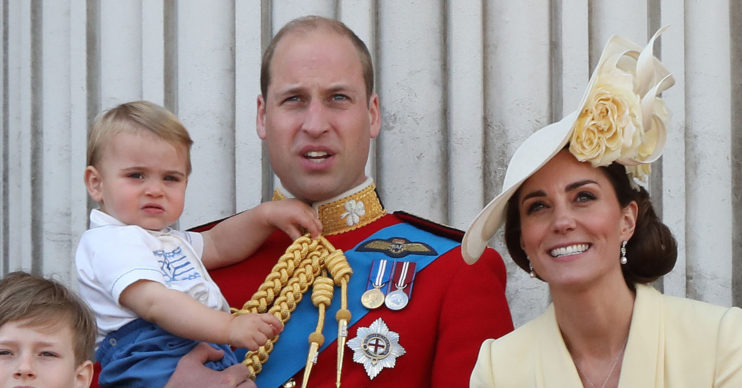 Proud parents the Duke and Duchess of Cambridge, have released another two pictures of birthday boy Prince Louis.

Little Louis turns two today (April 23). He will celebrate at his Anmer Hall home with his parents and siblings Prince George and Princess Charlotte.

Late last night, William and Kate released pictures of Louis having fun with a set of rainbow hand-paints.

No doubt paying tribute to the NHS, the royals showed off Louis’ handiwork. However, Brits were quick to ask how Louis stayed so clean during his hand-painting session.

In the first set of pictures, Louis can be seen in a pristine blue and white checked shirt, as he poses sweetly for his mother and holds his mucky hands up to the camera.

Read more: Will and Kate’s birthday message to the Queen

This morning, however, it appears the couple wanted to show the country that their kids are just the same as those in homes up and down the country.

Time to get messy

Sharing a hilarious Instagram vs Reality post, the first picture shows Louis holding his rainbow-painted hands up to the camera.

The next shot, however, shows an altogether different story.

As well as looking the image of his elder brother Prince George, Louis can be seen laughing his little head off with paint covering almost all of his face.

William’s planning to cook some chicken and burgers on barbecue and play outdoor sports and games as a family.

William and Kate added: “Thank you for all your lovely messages on Prince Louis’ second birthday!”

The also revealed details of when the pictures were taken.

“The Duke and Duchess of Cambridge are very pleased to share new photographs of Prince Louis, taken by The Duchess this April,” it added.

Today, however, Louis is expected to celebrate with a barbecue at home with William, Kate, George and Charlotte.

A source told Us Weekly: “William’s planning to cook some chicken and burgers on barbecue and play outdoor sports and games as a family – football, chase and hide and seek.”

And for those worrying that Louis won’t be able to blow out his two candles, the tot will have a birthday cake!

“Obviously Louis will have a cake too!” the source added. “He’s so excited about his big day and is already singing Happy Birthday to himself.”