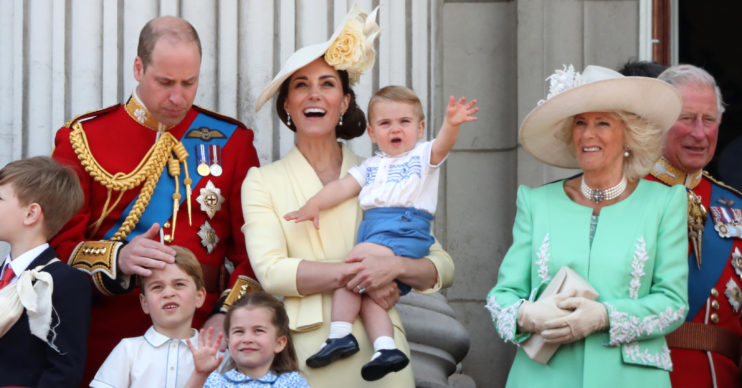 He is a big fan

Prince Louis has a cute obsession with Mary Berry – and he claps and whoops when she appears on TV.

He is only two-years-old.

But that hasn’t stopped him from being really into the baking maestro and adoring it whenever she hits the screen.

And it might not come as a surprise that it isn’t just Mary he loves.

Louis is also being a huge fan of the Very Chocolate Cake, Plum Crumble and fruit scone recipes the 85-year-old rustles up.

As reported in The Sun, a source said: “Prince Louis likes nothing better than to check on Mary Berry cookbooks.

“He loves the pictures, points out all the things he wants to eat, with The Very Chocolate Cake, Plum Crumble seeming to be hot favourites, and fruit scones being a must.

“Whenever he sees Mary on the television, he whoops and claps his hands.”

That’s not where the obsession ends, however.

Kate revealed in December that one of Prince Louis’s very first words was ‘Mary’!

Kate was speaking to Mary on BBC special A Berry Royal Christmas.

She said: “One of Louis’s first words was ‘Mary’ because right at his height are all my cooking books in the kitchen bookshelf.

“And children are really fascinated by faces and your faces are all over your cooking books and he would say, ‘That’s Mary Berry!”

Louis, who is fifth in line to the throne, is the spitting image of big brother Prince George.

He also has the cheeky sense of humour of his sister, Charlotte.

Royal expert Katie Nicholl told OK! magazine: “Louis dotes on his older brother and sister and is always trying to keep up with them.

“He’s talking lots now and is holding his own.”

She said he has “quite an outgoing personality from what I’ve been told” and he’s “certainly not shy”.

What do you think of this story? Go to our Facebook story @EntertainmentDailyfix and leave a comment to let us know your views.