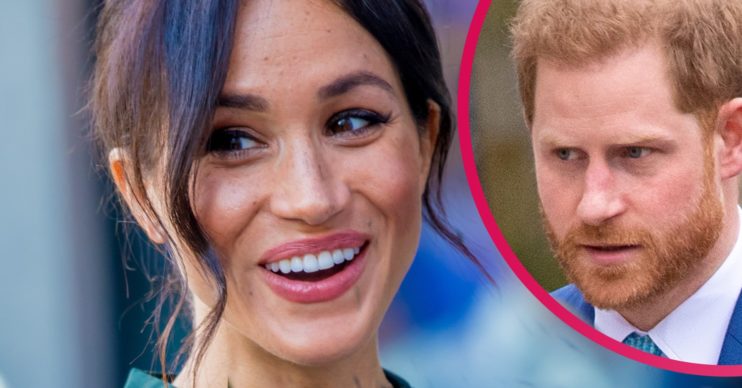 Prince Harry is now living in his sprawling £11 million mansion in Montecito, California.

However, the 16 bathroom home is reportedly only listed in his wife’s, Meghan Markle, name.

The former senior royal has yet to become an American citizen, which may be why his name isn’t on the home’s deeds.

How much have they spent on their new home?

Journalists Neal J.Leitereg and Jack Flemming wrote: “Tax records for the 7-acre property, which was previously listed for as much as $34million [£26million], match limited liability companies previously created by the Duchess of Sussex, according to records obtained by The Times.”

Harry and Meghan have reportedly taken out a £7 million mortgage for the property.

The £4 million down payment is reported to have been largely funded by Harry’s father Prince Charles.

On departing from their senior royal roles, both Harry and Meghan had stated they intend to repay the £2.4 million renovations made on their Frogmore Cottage, Windsor home.

Harry reportedly does not intend to apply for a Green Card or dual American citizenship.

Given his lengthy time in the US, he has outstayed the terms of a 90 Day Visa.

So it is likely he is staying on an B1B2 visa which allows British citizens to remain in the US up to six months per year.

Under this visa British citizens cannot complete paid work in the US.

However, as a royal he may have different and perhaps preferential treatment by the US Citizenship and Immigration Services.

As for their new home, it is a compound boasting 16 bathrooms, 9 bedrooms and spans over 18,000 square feet and five acres of land.

Interior rooms include an arcade room, private cinema, dry and wet sauna, a gym, a wine cellar and a garage that fits up to five cars.

The gardens include a tennis court, swimming pool and huge children’s play area.

The couple, along with their one year old son Archie, will also be in good company.

As their neighbourhood is full of A List celebrities.

The likes of Ellen Degeneres, Oprah Winfrey and George Lucas all own massive homes here.

And it is just over an hour’s drive away from Meghan’s hometown of Los Angeles.

This will make it easy for Meghan to commute for potential film or television roles.

It will also be a convenient distance for Prince Harry to travel back to the UK via LAX airport.