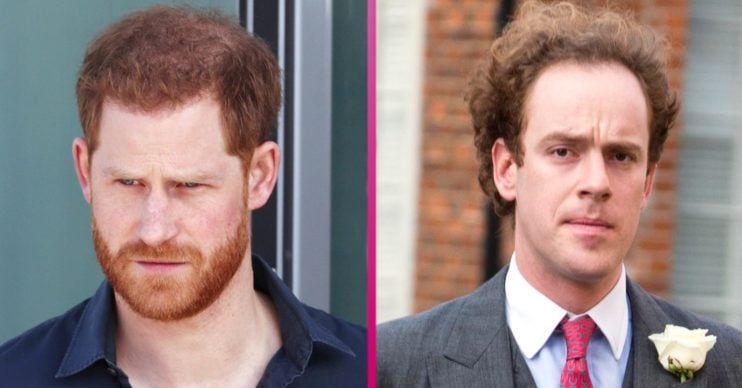 He feared their friendship was over for good

Harry and Thomas, known by his friends as ‘Skippy’, were said to be the best of friends for years.

He reportedly served as a protective figure throughout the Prince‘s teen years.

And he was even at his side on Harry’s now infamous Las Vegas holiday in 2012.

The English aristocrat met Harry when they attended the elite Eton College together.

But the pair’s friendship allegedly strained once Meghan Markle came into the picture.

In the book Finding Freedom by Omid Scobie and Carolyn Durand – the authors point out that Skippy wasn’t invited to Harry and Meghan’s wedding reception.

While he attended the church service at St. George’s Chapel, he wasn’t on the guest list for the evening shindig.

However, A List celebrities such as Oprah Winfrey, Priyanka Chopra and George and Amal Clooney were.

The authors even state that on the day after their wedding, Skippy said he felt he’d forever lost his once close friend.

They write: “Notable absent were Skippy, Harry’s old friend, who had questioned the prince’s relationship with Meghan, and his wife, Lara.

“They were invited to the wedding ceremony and lunchtime reception but didn’t make the cut for the evening bash.

“As a brunch the day after the wedding, Skippy told friends ‘Meghan has changed Harry too much’.

“His Eton friend said the prince was awed by the likes of the Clooneys and Oprah.

“Many of Harry’s old friends said that the evening guest list was the prince and his bride’s way of saying ‘these are the people we want in our lives moving forward’.”

Earlier in the book they describe Prince Harry as being “very hurt” by Skippy.

He was upset when Skippy allegedly advised him to slow down things with Meghan.

Prince William is also described as warning his brother of the exact same thing.

However, Prince Harry reportedly reacted with anger and disappointment with both parties.

Meanwhile, Meghan Markle made one of her first photographed appearances with Harry at Skippy’s wedding to Lara.

Held in Jamaica, Meghan and Harry were photographed at the beachside ceremony.