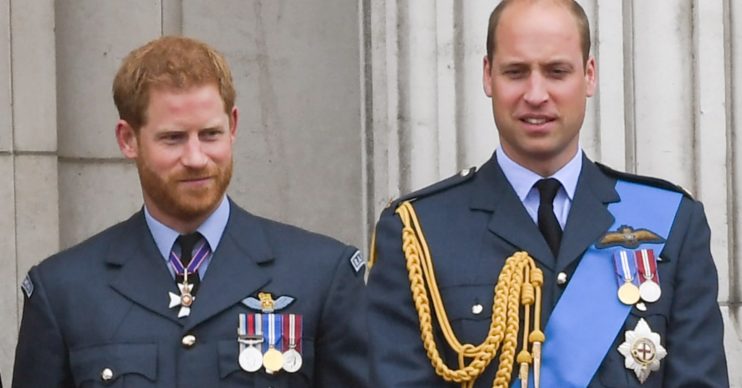 The brothers are building bridges after their 'feud'

Prince Harry and William are ‘finally back in touch’ after reportedly falling out over the Sussexes’ decision to quit royal life and move abroad.

The younger brother was also unhappy when William advised him to be cautious at the start of his relationship with Meghan Markle.

But now the brothers regularly chat on the phone following Harry and Meghan’s moved to LA.

Royal expert Katie Nicholl believes that seeing their father Prince Charles battle coronavirus, and Harry’s homesickness after moving to the States, has brought them closer together.

Read more: Royal rift ‘began after William told Harry to heed their mother’s advice to not marry in haste’

What did the expert say?

“They have done video calls together, they have done a lot of family birthdays and I think with Prince Charles not being well, that really forced the brothers to pick up the phone and get back in touch,” Katie told Entertainment Tonight.

The royal author believes the reconciliation has led to a ‘sense of relief’ for both the Sussexes and the Cambridges after things became ‘tense behind the scenes’.

I think Kate and William miss Harry and Meghan to a degree, but certainly they miss Harry being around and part of their lives.

“The Sussexes are free to get on with their new lives and the Cambridges can get back to their old lives without all the upset and drama that was clearly a big deal behind the scenes,” Katie continued.

She went on: “I think Kate and William miss Harry and Meghan to a degree, but certainly they miss Harry being around and part of their lives.”

However, while William and Harry are happy to be building their relationship again, the royal expert doesn’t think we’ll see Harry and Meghan ‘jumping on a plane’ for regular visits back to the UK.

The thawing in the brothers’ relationship comes as reports suggested Harry feels ‘rudderless’ as he has ‘no friends or job’ in LA.

“Harry has a lot of friends in the military community in the UK and of course he misses them,” an insider told Vanity Fair.

“This is a very strange time for us all, but I think Harry is missing having a structure to his life right now.

“He doesn’t have friends in LA like Meghan and he doesn’t have a job. So at the moment he’s a bit rudderless, but it won’t always be like this, and he knows that.”