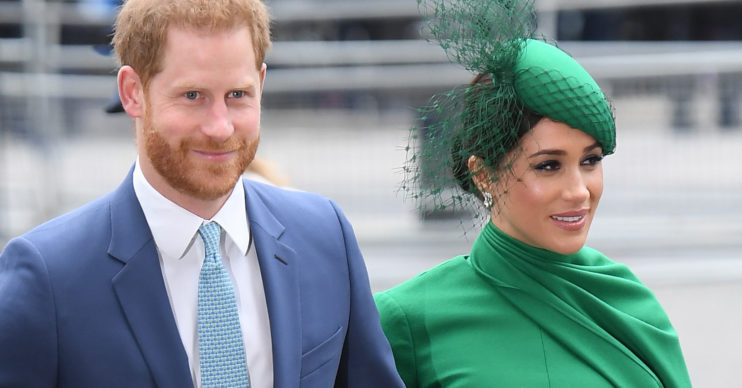 The former royal is reportedly struggling with his new LA lifestyle.

Prince Harry is allegedly surrounded by ‘Team Meghan’ at his new luxury mansion in Los Angeles.

The ex military man, 35, is currently residing in Tyler Perry’s mega mansion with wife Meghan Markle, 38, and their son Archie.

According to Page Six, they are living here as “house guests” rather than paying renters.

The sprawling estate boasts 10 bedrooms, a swimming pool and is set amid 14 acres.

Read more: Harry and Meghan ‘didn’t expect things to turn out the way they did’

Estimated to be worth $14.5 million (£11.6 million) it is located in the ultra exclusive Beverly Ridge Estates.

The Mail notes that this is an ideal location for Meghan, as many of her LA friends live close by.

Serena attended Meghan’s star-studded wedding, and Heather was one of the first friends to visit Meghan in Vancouver.

And one of Meghan’s longest known friends, Benita, lives not far away in Venice Beach.

Meanwhile it is unknown whether Prince Harry has any friends of his own in Los Angeles.

Insiders have described him as isolating himself from his former British friends since leaving the royal family.

‘That is not healthy’

“Many would love to help him, yet he has isolated himself. That is not healthy.”

Prince Harry’s friend and charity collaborator Jane Goodall admitted that he was struggling to adjust to his new lifestyle.

The conservationist told the Radio Times: “I don’t know how his career is going to map out, but, yes, I’ve been in touch – though I think he’s finding life a bit challenging right now.”

According to the Page Six report, Oprah Winfrey organised Harry and Meghan’s stay at Tyler’s estate.

The movie maker reportedly lent out his private jet to ferry the former royals to his empty LA home.

Read more: This Morning viewers gush over ‘down to earth’ Kate Middleton

Since the pair relocated from Vancouver, Canada to Los Angeles only snippets of their new life have been shared with the general public.

Photographs of them walking their two dogs have been released, as well as them delivering food parcels around the city.

To mark Archie’s 1st birthday, they also shared a video of Meghan reading a book to her son.

What do you think of Harry and Meghan’s current living situation? Share your thoughts with us on our Facebook page @EntertainmentDailyFix.