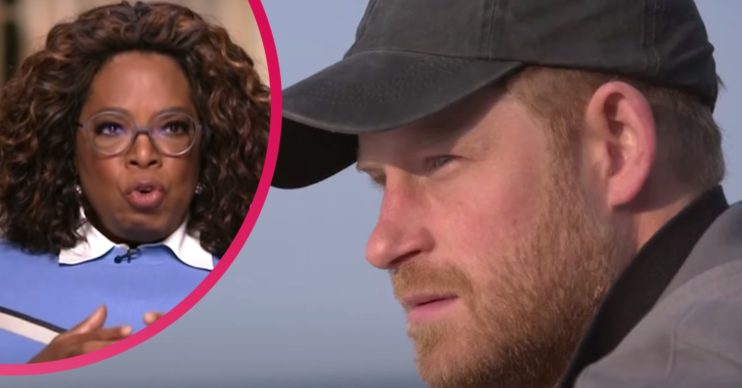 The next instalment in a multi-part documentary series

Prince Harry will reunite with Oprah for another Apple TV+ show later this week looking back at last week’s programme.

The Me You Can’t See: A Path Forward will also feature other celebrities participating in the series, like Lady Gaga.

The follow up episode between the Duke of Sussex and the US TV host will air on Friday. It is billed as a ‘virtual town hall conversation’.

What will be in the next show featuring Prince Harry and Oprah Winfrey?

An Apple spokesperson previewed the programme as being the next instalment in a multi-part documentary series exploring wellbeing.

They said: “Following the global debut of the groundbreaking documentary series The Me You Can’t See: A Path Forward, Oprah Winfrey and Prince Harry reunite with advisors and participants for a thought-provoking, wide-ranging conversation about mental health and emotional wellbeing, and where we go from here.

“As the subjects offer further insight into their stories, experts share their guidance for continuing the global conversation.”

However, it is not known whether Harry will reveal new information about his own struggles.

What did Harry say in the last documentary?

Harry addressed several topics which caused headlines across the world.

Subjects included how his father raised him and accusing his family of “total neglect” when he expressed his issues.

A thought-provoking, wide-ranging conversation about mental health and emotional wellbeing.

Harry also opened up about his anxiety and therapy techniques he has tried.

Harry vowed that he will not maintain a stiff upper lip in future in order to ‘protect’ his family.

The dad-of-one indicated he has no regrets about stepping away from royal life.

Read more: Prince Harry latest news: Duke ‘should back away from being lecturing celebrity,’ says expert

He said: “That was one of the biggest reasons to leave, feeling trapped and feeling controlled through fear.

“Both by the media and by the system itself which never encouraged the talking about this kind of trauma.

“Certainly now I will never be bullied into silence.”

Harry also surprised many observers by detailing the various forms of therapy he has tried.

He explained and demonstrated on the first show how EMDR – used to treat PTSD – has helped with his trauma relating to his mother’s death.

It has subsequently been reported that Meghan introduced Harry to ‘ancestral healing’.