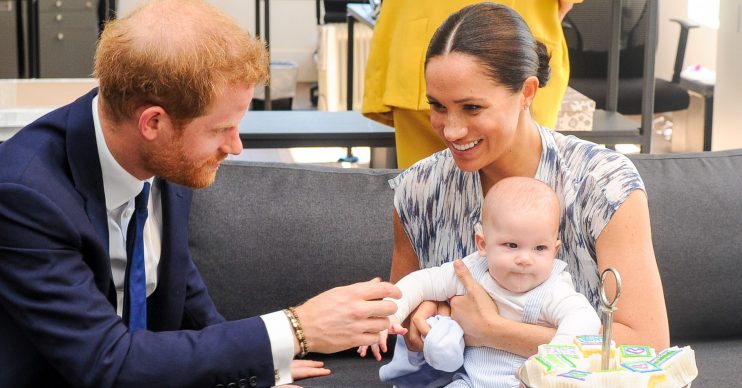 The family are in California amid the coronavirus lockdown

Prince Harry has revealed how it’s been in lockdown with his wife Meghan Markle and their son Archie.

The Duke of Sussex video called families of vulnerable children from his California home to learn how they are coping during pandemic.

Harry said: “There’s a hell of a lot of positives that are happening at the same time and being able to have family time — so much family time.

You’ve got to celebrate those moments where you are just on the floor rolling around in hysterics.

“You almost think, ‘Do I feel guilty for having so much family time?’

“You’ve got to celebrate those moments where you are just on the floor rolling around in hysterics.

“Inevitably, half an hour later, maybe a day later, there’s going to be something that you have to deal with and there’s no way you can run away from it.”

WellChild Patron The Duke of Sussex videocalls families of vulnerable children to learn how they are coping during #COVID19.

“Full respect to every single one of you. This is hard on everyone, but it is especially hard on you."

He spoke to a specially-trained nurse and the head of WellChild, a charity he’s supported for a while.

WellChild helps to get seriously ill children and young people out of hospital and home to their families.

Harry told them: “Full respect to every single one of you. This is hard on everyone, but it is especially hard on you.

“I know that WellChild are doing everything they can to support you.

“Hopefully, through this video we can make it more clear and obvious to government and everybody else that you are in the vulnerable bracket and WellChild needs more help.

Read more: Harry and Meghan donate over £90,000 to hunger charity amid coronavirus crisis

“Having one kid at 11 months old is enough!”

It was recently revealed that Meghan and Harry are donating more than £90,000 to Feeding Britain.

The charity provides families in need with hot meals and food packages.

A spokesperson for Harry and Meghan said they’re “delighted” to see the money go to “such a great cause”.