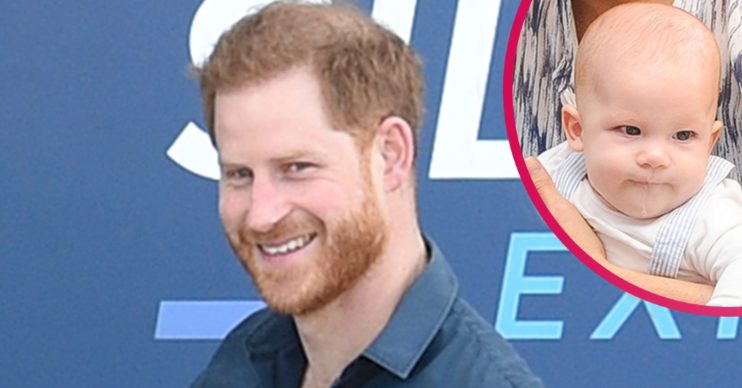 Harry admits they're lucky to have access to the great outdoors.

Prince Harry has said he can’t wait to get his son playing rugby.

The flame-haired royal, 35, is keen for his 15-month-old son Archie, to play the sport.

He says he wants to get him started as soon as possible in their Santa Barbara garden.

Harry and Meghan Markle, 39, moved to Montecito, SB, this June.

He said: “Probably what I need is a few mini rugby balls so that I can then get Archie involved with the game, because at the moment it’s impossible to find any.

“But I’ve got a little space outside, which we’re fortunate enough to have. So I need to get him playing some Rugby League.”

And the 35-year-old actor feels “unbelievably fortunate and grateful” that his family have outdoor space to spend time in during lockdown.

Harry added: “I am just unbelievably fortunate and grateful to have outdoor space and see my son be able to be outside, because I know so many people just haven’t had that opportunity in the last five months.”

He is reportedly much happier since relocating out of town to Santa Barbara.

An insider said: “Meghan visited Montecito in her teens and fell in love with the picturesque scenery and stunning architecture.

“Moving there was always an option, but to begin with, she and Harry wanted to give Los Angeles a shot.

“Unfortunately, Harry absolutely hated it – the timing was so wrong amid the coronavirus pandemic and they lacked privacy.

Harry apparently wasn’t a fan of LA, but loves Montecito

“An added bonus is that Montecito is only just over an hour’s drive from LA, which is where a majority of their work is based, yet far enough away to escape the crowds, paparazzi and tourism in Hollywood.”

Harry and Meghan were staying at Tyler Perry’s mansion in LA.

Worth an astonishing £13.4 million they reportedly stayed there as houseguests.

During their stay they filed a lawsuit against several Los Angeles paparazzi agencies.

Here they claim photos were illegally taken of their son Archie, by drones.