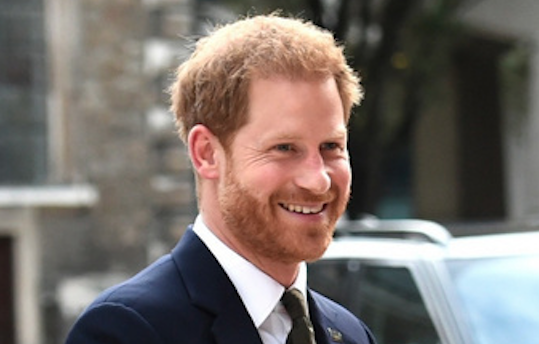 Prince Harry provides update on how baby Archie is growing

A previously unseen pic of Archie has also been released

Proud dad Prince Harry has revealed son Archie is “getting so big”, according to reports.

The 35-year-old is said to have given royal supporters an insight into how his little boy is progressing during a visit to Lealands High School in Luton earlier this week.

He was visiting the school as part of an initiative to encourage children to take up rugby union.

News outlets have claimed a video taken during Harry’s visit saw one pupil ask him: “How is everything going with Archie?”

Harry is reported to have replied: “He is really well, thanks.

Earlier today Meghan Markle included a previously unseen image of their 4 month old boy as she paid a sweet tribute to Harry on Instagram to mark his 35th birthday.

Sharing nine images of the prince, Meghan called him the “best husband” and an “amazing dad”.

Also among the pictures attached to the message was one of Harry with his late mother Diana.

Meghan added: “Your service to the causes you care so deeply for inspires me every day.

“You are the best husband and most amazing dad to our son.

“We love you ❤️Happiest birthday!”

“Oh my gosh – he’s giving me a hug” – one schoolgirl’s special royal moment with Prince Harry. The Duke of Sussex was at @LealandsHigh in Luton trying to get more pupils to take up rugby as a sport. More: https://t.co/0U3hIKIE7F pic.twitter.com/8DYbYQHGDN