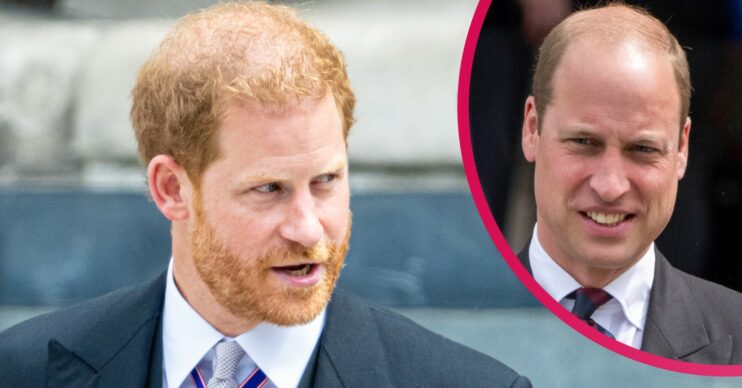 Prince Harry reunited with his brother Prince William during the Queen‘s Platinum Jubilee celebrations at the weekend.

Harry, 37, travelled back to the UK with his wife Meghan Markle, 40, and their two children – Archie and Lilibet – to attend the celebrations.

The couple were at St Paul’s Cathedral on Friday for a Jubilee service for Her Majesty.

Harry and Meghan joined members of the Royal Family for the service including William and his wife Kate, Duchess of Cambridge.

Read more: Royal fans praise ‘classy’ Prince William and Kate as they lead messages to Lilibet on her first birthday

Prince Charles and his wife Camilla, Duchess of Cornwall, were also in attendance as well as Princess Anne and Prince Edward.

The Queen, however, didn’t attend the service as she’s been struggling with mobility issues.

The service was the only public event which Harry and Meghan attended.

They didn’t feature on the balcony appearances as the Queen decided to only have working members of the Royal Family on there with her.

However, during the service, a royal expert claims there was a moment Harry tried to make eye contact with his older brother William.

But William didn’t look back at his brother.

Russell Myers appeared on Monday’s Lorraine and explained: “[Harry and Meghan] didn’t cause a stir.

“Lots could have been made about whether William or Charles sort of gave them a nod or wink and they didn’t.

“They didn’t have eye contact and Harry was sort of craning his neck to try and make eye contact with William.

“I thought that was quite sad. However, we only saw them very fleetingly.”

Although the couple attended the service, there were a few events they missed out on.

According to Myers, Meghan and Harry have already returned to the United States following the celebrations.

Speaking about whether the couple could be back anytime soon, Myers said: “I don’t think in the near future.

“I still think the wounds are very raw.”