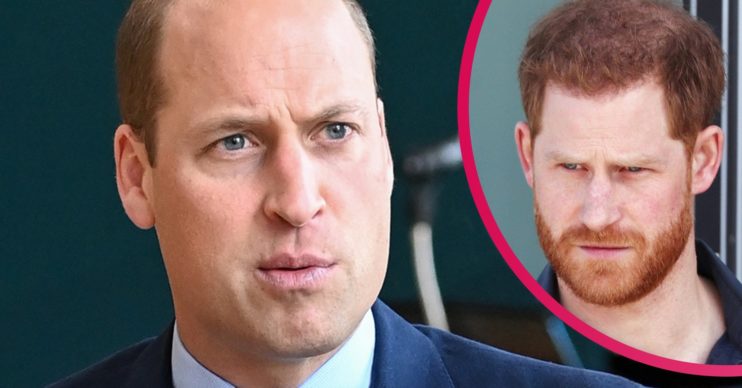 The latest Prince Harry news suggests Prince William was talking directly to his brother when he denied the royal family is racist.

Four days after Prince Harry and Meghan Markle’s interview with Oprah Winfrey aired, the Duke of Cambridge issued the denial.

When probed by a reporter if the royal family was racist, William retorted: “We are very much not a racist family.”

Now a new Discovery Plus documentary has claimed this was a direct message to Harry.

Prince Harry news: What did the expert say about Prince William?

A doctor in emotional intelligence made the claims in Meghan and Harry: Recollections May Vary.

As the scene played out, Dr Cliff Lansley claimed: “So we’ve got the Duke and Duchess of Cambridge moving towards the exit.”

Then a reporter asks: “Sir, have you spoken to your brother since the interview?”

Read more: Palace ‘fears Meghan Markle will be booed if she returns to UK’

To which William replies: “Ha!”

The expert argued: “‘Ha!’ An outward breath which is almost like a ‘Ha’ joke. ‘Here we go’ is probably what he is thinking.”

William added: “I haven’t spoken to him yet but I will do.”

Expert claims ‘there is trouble ahead’

“In other words – there is trouble ahead.”

Finally, the reporter asked William if the royal family is indeed racist – which William flatly denied.

The expert said William appears visibly anxious at this point, rubbing his hands together.

He continued: “Now we know this is creating anxiety for William here by looking at the increased hand rubbing.

“So he grasped his hands to try and get him through this walk past the media.”

What did Omid Scobie say?

Meanwhile, in the same documentary, Omid Scobie, co-author of the bestselling book Finding Freedom, admitted Meghan may have been wrong in one of her assertions.

When speaking to Oprah, Meghan shared her dismay at her son Archie being denied the title of a prince.

But under the current hierarchy and rules of the monarchy, their children would never be given these titles within the Queen’s reign.

Omid said: “If we are only going by what Meghan said to Oprah and what the palace has said so far about the situation with Archie, perhaps one can assume that Meghan was wrong in her interpretation of it.

“But we also know that there is much more to this story that we don’t know about.”

Meghan and Harry: Recollections May Vary is available to stream on Discovery Plus now.