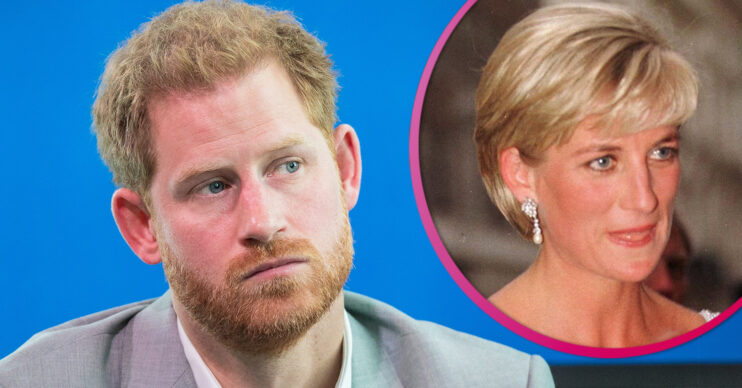 Harry will attend a statue unveiling on Thursday

Later this week, the Duke of Sussex will attend the unveiling of a Diana statue at Kensington Palace alongside his brother Prince William.

Harry, who is currently in the UK as he isolates ahead of the statue unveiling, appeared in a pre-recorded speech during a virtual Diana Award ceremony.

The Diana Award was set up in memory of the Princess of Wales and her belief that young people have the power to change the world.

In the video, Harry told a group of young people honoured in the ceremony: “I’m truly honoured to be celebrating your work…

“…your commitment to change making and the vital role that you’ve taken on representing a new generation of humanitarianism.

“Never be afraid to do what’s right.

“Stand up for what you believe in and trust that when you live by truth and in service to others, people will see that just as they did with my mum.”

What did Harry say about William?

Harry went on to make a nod to his brother, William.

He continued: “Later this week, my brother and I are recognising what would have been our mum’s 60th birthday…

“…and she would be so proud of you all for living authentic life with purpose and with compassion for others.

“Our mum believed that young people have the power to change the world.

“…and in the faces of young people exactly like you, she witnessed a boundless enthusiasm and passion.”

Harry then discussed his wife Meghan Markle, who has stayed in California with their son Archie and newborn daughter Lilibet Diana.

He added: “And Meg and I fundamentally believe that our world is at the cusp of change…

“…real change for the good of all.

“But the question before us is what that change will look like.”

Harry will reunite with William on Thursday at the ceremony, but the brothers will reportedly make separate speeches.