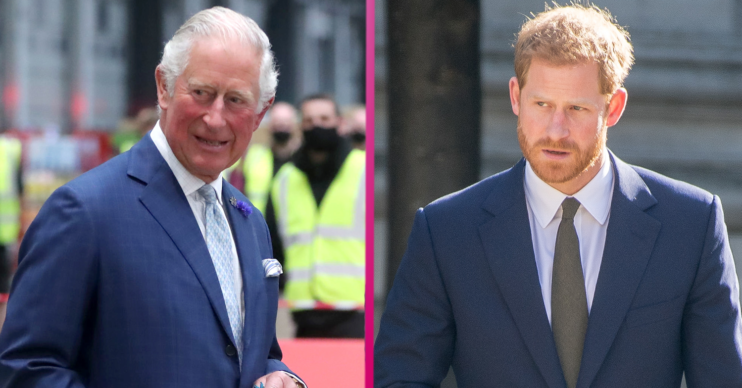 The latest Prince Harry news suggests relations could be “thawing” between the duke and the rest of the royals.

Unless you’ve been living under a rock you’ll know that things have been strained between Harry, wife Meghan Markle and the rest of the royal family for some time now.

Harry has hit out at his royal relations in a number of TV interviews. The family was even forced to defend itself against claims of racism.

However, during his recent trip back to the UK to unveil a statue for his mother’s 60th birthday, royal insiders have cited the biggest clue yet that things are thawing between the father and son.

So what happened when Prince Harry returned home?

Prince Harry flew home for a week to unveil a statue of his mother, Princess Diana, on what would have been her 60th birthday.

Meghan stayed at home with kids Archie and Lilibet.

He attended a ceremony with brother Prince William, which saw the brothers laughing and chatting together.

It’s even said they had a private 10-minute chat before the unveiling.

The suggestion they were willing to forge a plan suggests a little thawing in relations.

While it’s thought Prince Charles was in Scotland at the time, sources close to the Prince of Wales have claimed he was ready to offer an olive branch to his youngest son.

In fact, it’s said he planned a “one-to-one” dinner with Harry to “thrash things out”.

It’s thought Charles wanted to address claims made in the Oprah interview.

So what happened at the dinner?

It isn’t actually known if the dinner went ahead.

Prince Charles did intend to travel back to London to have a “secret summit” with Harry during his time in the UK.

Read more: Duchess of Cambridge is all smiles as she attends Wimbledon after period of self-isolation

However, it isn’t clear if the dinner went ahead.

Regardless, royal sources say the fact it was even considered is a good thing.

After recent reports that Prince Harry is ready to bury the hatchet and make amends with his family, sources say this is a sure sign that Charles intends to do the same.

According to the Daily Mail: “The suggestion they were willing to forge a plan suggests a little thawing in relations between Harry and the rest of the royal family.”