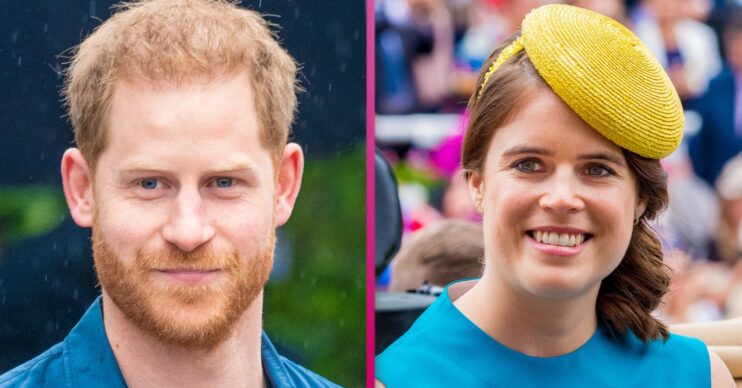 They are said to be great pals

In fact, it is expected that Eugenie will provide information about her close relationship with her cousin, the Duke of Sussex.

Harry is working with ghost writer JR Moehringer and it’s rumoured he will depend on the princess as an exclusive source.

An insider told The Sun: “I could only imagine Eugenie talking or being approached as she is someone Harry is still in regular contact with.”

Indeed, Eugenie is said to be one of Prince Harry’s few allies within The Firm.

The duke has caused a major rift with many of his royal relatives over the past year.

He’s made various troubling accusations against his family.

This included during his explosive Oprah Winfrey interview with his wife Meghan Markle.

And his podcast chat with Dax Shepard.

But despite it all, Prince Harry is said to remain on excellent terms with Eugenie.

The eldest daughter of Prince Andrew and Sarah Ferguson, she is on good terms with Meghan as well.

She even posted a gushing birthday tribute to Meghan on her 40th birthday on Instagram.

Here she vowed to join Meghan’s birthday initiative to provide mentorship to an unemployed woman.

She currently resides here with her husband Jack Brooksbank and son August.

So when is Prince Harry’s book coming out?

Prince Harry’s book is due out in late 2022 – likely in the lead up to Christmas.

According to The Sun, Harry has also put out feelers to his Princess Diana’s relatives and friends for comment.

In a statement, he vowed to write a “wholly truthful” memoir.

He said: “I’m deeply grateful for the opportunity to share what I’ve learned over the course of my life so far.

“And excited for people to read a firsthand account of my life that’s accurate and wholly truthful.”

So will you be reading the book when it comes out? Let us know on our Facebook page @EntertainmentDailyFix.