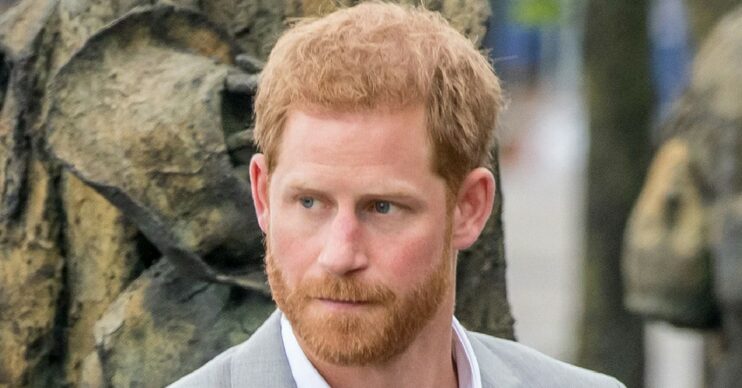 Could the Duke crack under pressure?

In latest Prince Harry news, an expert has feared the Duke of Sussex may name the “royal racist” in his upcoming book.

Harry and wife Meghan Markle shocked the world during their Oprah Winfrey exclusive, after claiming there were concerns about the colour of their son’s skin.

According to the couple, the comments were made by a senior member of the Royal family.

At the time, Buckingham Palace said it would investigate the claims within the family privately.

It was also understood that the couple wouldn’t name the person in question.

But with the release of his memoir, could Harry change his mind?

Prince Harry news: Will the Duke name the ‘royal racist’?

According to reports, Harry is under extreme pressure to identify the family member he alleges made racist remarks.

It’s also believed that the Duke is researching into his mother’s past.

Royal expert Penny Junor told The Sun: “The publishers are going to want a lot for their money, such as naming this so-called racist.

Read more: Prince Harry and Meghan Markle smile as they step out in New York

“He’s researching his mother’s life so he’s going to be talking about his parents’ marriage, the break up, the affairs.

“That could be incredibly damaging for his father and Camilla. Charles is going to be king and Camilla his queen. The last thing they or the country needs is another upsurge of anger based on what I believe to be false, false accusations.”

ED! has contacted Prince Harry’s representative for comment on this story.

Harry is releasing a memoir next year about his life and previously said he can “help show that no matter where we come from, we have more in common than we think”.

The father-of-two said in a statement: “I’m writing this not as the prince I was born but as the man, I have become.

“I’ve worn many hats over the years, both literally and figuratively, and my hope is that in telling my story…

“…the highs and lows, the mistakes, the lessons learned…

“…I can help show that no matter where we come from, we have more in common than we think.”

Meanwhile, another expert previously revealed that Harry may have his sights on Camilla in his new memoir.

Speaking to Closer magazine, Paul Burrell said: “He’ll no doubt go in depth about his feelings after his mother’s death, and the subsequent events.

“After the reports [Camilla] was involved in his parents’ marriage and then stepped into Diana’s shoes as Charles’ wife, I suspect Camilla will be in his sights, so I’d say Harry’s set to reveal any Camilla secrets.”

The memoir is expected to be released next year.