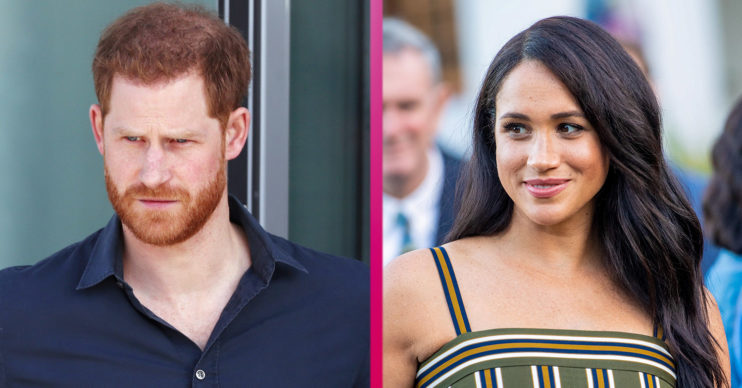 In latest Prince Harry news, the Duke is reportedly trying to keep up with wife Meghan Markle in terms of their jobs.

The Duke of Sussex, 36, recently revealed his new job as a “chief impact officer” at a California start-up firm.

The company, BetterUp Inc, is a coaching and mental health firm in the US.

However, celebrity agent Jonathan Shalit has said Harry may have taken up the job to “keep up” with his wife Meghan.

He told The Telegraph: “So for Harry to keep up with his wife, he’s got to find his own name and identity and this is the start.

“He doesn’t need celebrity. When you’re Royal, you’re the biggest celebrity in the world. But what this does is allow Harry to have relevance.”

What is Harry’s new job?

Meanwhile, it comes after Harry’s new job was revealed following he and Meghan’s departure from their senior royal roles.

In a blog post on the company’s website, the Duke said he hopes to help people develop “inner strength, resilience and confidence”.

He said: “I firmly believe that focusing on and prioritising our mental fitness unlocks potential and opportunity that we never knew we had inside of us.

“As the Royal Marine Commandos say, ‘It’s a state of mind’. We all have it in us.”

In addition, Harry said: “Being attuned with your mind, and having a support structure around you, are critical to finding your own version of peak performance.

“What I’ve learned in my own life is the power of transforming pain into purpose.”

Russell explained: “He’s going to be fabulously wealthy from things like this and attaching his brand.

“There is the argument that Harry could be trading off the royal brand. They said they wouldn’t do to uphold the values of the Queen?”

In addition, he added: “So it is very debatable at the moment.

“People at the Palace will be watching this very, very closely.”