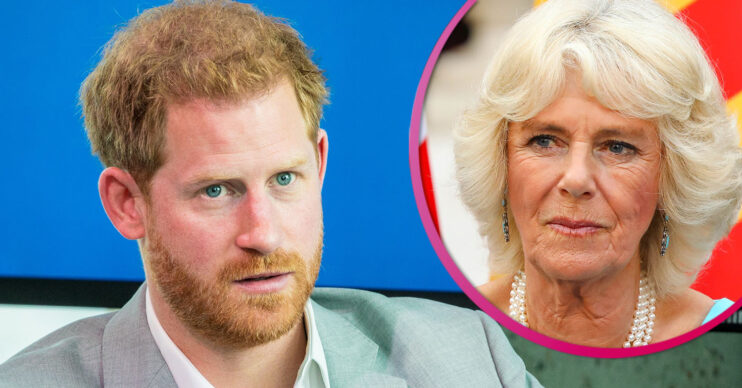 Harry's memoir will be released in 2022

In Prince Harry news, Paul Burrrell has claimed the duke may have his sights on Camilla in his new memoir.

The Duke of Sussex is releasing a memoir next year in which he’ll open up about his life.

Experts are already predicting the Royal Family are fearing more allegations made by Harry and now Mr Burrell thinks Prince Charles‘ wife Camilla may be in the firing line.

Speaking to Closer magazine, Mr Burrell said: “He’ll no doubt go in depth about his feelings after his mother’s death, and the subsequent events.

“After the reports [Camilla] was involved in his parents’ marriage and then stepped into Diana’s shoes as Charles’ wife, I suspect Camilla will be in his sights, so I’d say Harry’s set to reveal any Camilla secrets.”

He added: “He’s already said he enjoys The Crown, which painted Camilla as the ‘wicked stepmother’ in a way. Charles will be livid if he does go there.”

Meanwhile, an expert has said the royals are concerned about facing further allegations in Harry’s new book.

Earlier this year, the Royal Family faced a string of claims made by Harry and Meghan Markle in their Oprah Winfrey interview.

They alleged there were ‘concerns’ and ‘conversations’ within the family about how dark their son Archie’s skin would be when he was born.

In addition, Meghan opened up about feeling suicidal during her pregnancy with Archie and claimed she didn’t receive help from the palace.

Harry also alleged he became cut off financially by his family in the first quarter of 2020.

He also claimed his father stopped taking his calls when they moved to the United States.

At the time, Buckingham Palace said it would investigate the claims within the family privately.

Royal commentator Charles Rae told us that the Queen may have had discussions with Charles and Prince William about the accusations.

He continued: “They are as concerned as Her Majesty about what the couple have been saying.

Mr Rae added: “The royals are concerned that members of the family may have to face further allegations.”