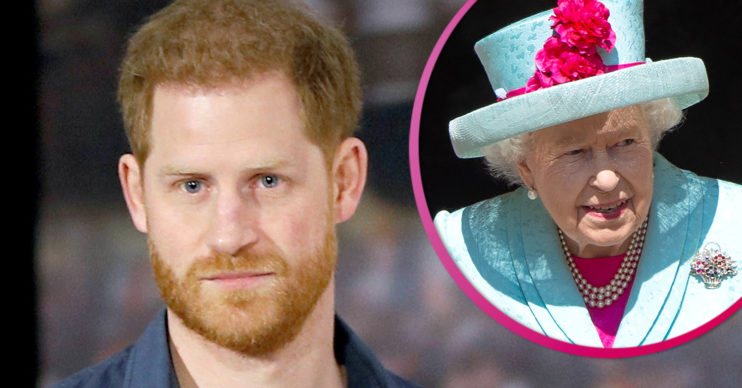 Harry has returned to his wife Meghan Markle and son Archie

Prince Harry has missed the Queen’s 95th birthday as he’s reportedly returned to the US.

The Duke of Sussex flew over to the UK for Prince Philip‘s funeral.

However, just days after the funeral, Harry has returned to his pregnant wife Meghan Markle and son Archie in California.

Her Majesty has turned 95 today (April 21) and will spend it without her husband Philip following his death.

There were rumours Harry would stay in the UK for his grandmother’s birthday.

However, reports say he flew to Los Angeles on an American Airlines flight from London, which arrived at LAX after 1:30pm local time on Tuesday (April 20).

Meanwhile, his car was seen leaving the airport’s private terminal shortly after the plane landed.

He was apparently later spotted arriving in Montecito at around 4pm local time.

However, according to royal expert Russell Myers, Harry is still has plans to return to the UK in July for the unveiling of the Princess Diana statue at Kensington Palace.

He wrote on Twitter: “Prince Harry has returned to California, not staying for the Queen’s birthday today & unable to see his father Prince Charles for further talks.

“Am told he still plans to return for the July 1 unveiling of the Princess Diana statue at Kensington Palace alongside Prince William.”

Harry’s return to the US comes after he reportedly had talks with father Prince Charles and brother Prince William following his explosive Oprah interview.

According to sources, they started the “baby steps” towards a reconciliation.

What happened during Charles, William and Harry’s talks?

A source claimed that Charles, William and Harry “took the opportunity to speak and catch-up face to face after many months apart”.

Harry had flew over from America to attend the funeral but had to quarantine beforehand.

Meanwhile, the Queen will reportedly have a “low-key” birthday today following Philip’s death and amid coronavirus restrictions.

Members of the Royal Family will reportedly visit Her Majesty at Windsor Castle.

The Queen said her final farewell to Philip at his funeral last Saturday (April 17).

She had previously described her husband as her “strength and stay”.

A two-week period of royal mourning is being observed by family members until Friday (April 22).