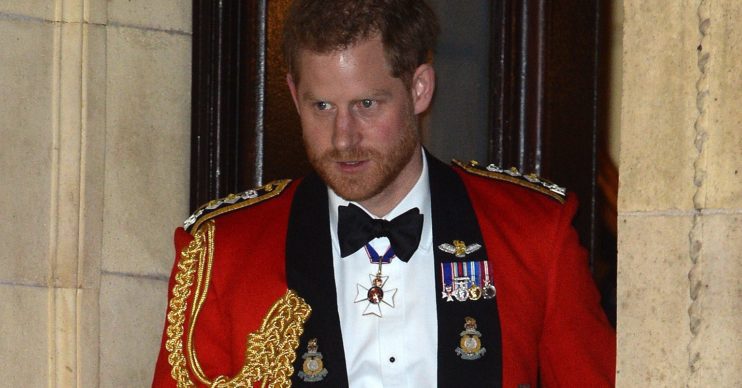 He's stepped back from royal life

Prince Harry has reportedly told friends he feels like ‘life has been turned upside down’ since stepping down as a senior royal.

Harry and wife Meghan officially stopped being working members of the royal family on March 31.

They announced their decision to lead a more private life at the beginning of the year.

The couple, who spent some time living in Canada, have now relocated to Meghan’s hometown of LA.

However, reports claim Harry is struggling with being so far away from home, especially during the coronavirus crisis.

And now it seems he’s hankering after Army life too.

The Duke was known as Captain Wales in the Army, enjoying the sense of purpose and close friendships it gave him.

“Harry has told friends he is really missing the Army as well his military appointments. He misses the camaraderie of being in the forces,” a source told The Telegraph.

Read more: Prince Harry ‘has no friends in Los Angeles and will struggle with move abroad’

“He has been telling friends that he can’t believe his life has been turned upside down.

“He was in a happy place when he was serving in the Army, then he met Meghan and since then life has been great.

“But I don’t think he foresaw things turning out quite as they did.”

Harry served 10 years in the Army

The source went on to say that Harry “doesn’t blame Meghan” but feels he might have been “better protected” if he was still in the Army.

When the couple stepped down from royal life, Harry, who completed two tours of Afghanistan while in the Army, and Meghan no longer use their royal titles.

A statement read: “While per the agreement, The Duke will not perform any official duties associated with these roles.

“He will of course continue his unwavering support to the military community in a non-official capacity.”

He was said to upset at losing his Captain General of the Royal Marines accolade, a title which he inherited from Prince Phillip in 2017.