The Duke and Duchess of Sussex's bombshell reaction to the Queen's refusal to allow them to use 'royal' branding in the future contained a 'sly' dig at other members of the family, according to a report.

Prince Harry and Meghan Markle announced on Friday they would comply with regulation that means they cannot use the Sussex Royal name as they step away from public life.

The couple’s spokesperson said in a statement: "Given the specific UK government rules surrounding use of the word Royal, it has been therefore agreed that their non-profit organisation, when it is announced this Spring, will not be named Sussex Royal Foundation.

"Therefore the trademark applications that were filed as protective measures, acting on advice from and following the same model for The Royal Foundation, have been removed."

However, while Harry and Meghan will retain their HRH titles, but will not actively use them - and he will keep his honorary military ranks of Major, Lieutenant Commander, and Squadron Leader - it remains unclear how effective security measures for the couple and baby Archie will be funded.

A statement issued via their Sussex Royal website read: "It is agreed that The Duke and Duchess of Sussex will continue to require effective security to protect them and their son.

The British people will not stand for two ­multi-millionaires demanding taxpayer funds after abandoning the country they should be serving.

"This is based on The Duke's public profile by virtue of being born into The Royal Family, his military service, the Duchess' own independent profile, and the shared threat and risk level documented specifically over the last few years. No further details can be shared as this is classified information for safety reasons."

Observers have detected a note of anger in other sentiments put out on behalf of the couple, particularly the line: "While there is precedent for other titled members of the Royal Family to seek employment outside of the ­institution, for The Duke and Duchess of Sussex, a 12-month ­review period has been put in place." 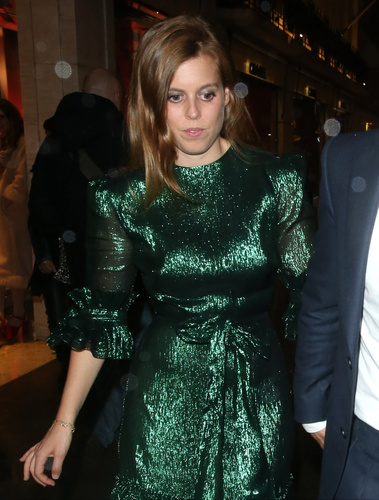 Was Beatrice being referred to? (Credit: WP Pix / SplashNews.com)

According to the Mirror, one royal source reckons this could be considered a dig against Prince Andrew's daughters.

The insider is reported to have told the tabloid: "It's pretty clear they are referencing minor royals such as Princess Beatrice and Princess Eugenie, which is an odd association to make for two people whose associates were once claiming they had single-­handedly modernised the monarchy."

And another source is quoted as saying Harry and Meghan are 'ostracising' themselves rather than forging links with their family.

"The British people will not stand for two ­multi-millionaires demanding taxpayer funds after abandoning the country they should be serving," the anonymous person is reported to have said.

"The latest series of comments published on the Sussexes' website comes across as ­extremely petulant and has caused a great deal of alarm inside the palace." 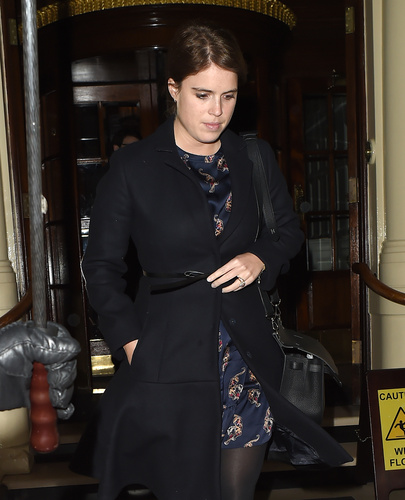 Harry, 35, and Meghan, 38, revealed their shock decision to step back from the Royal Family in an Instagram post shared last month.

They told followers: "After many months of reflection and internal discussions, we have chosen to make a transition this year in starting to carve out a progressive new role within this institution.

"We intend to step back as 'senior' members of the Royal Family and work to become financially independent, while continuing to fully support Her Majesty The Queen.

"It is with your encouragement, particularly over the last few years, that we feel prepared to make this adjustment."