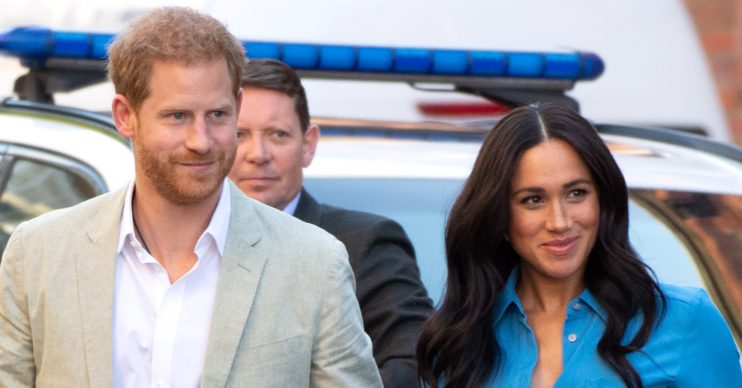 The Duke and Duchess of Sussex are reportedly in talks to appear in a TV advert for online bookmaker Paddy Power.

Following their decision to step down as senior members of the royal family, the couple are said to have been offered a “six-figure sum” to front the bookmaker’s ad for the Euro 2020 football tournament.

It’s said that Harry and Meghan – who are currently thought to be in Canada with son Archie – are “considering” the lucrative offer.

The Daily Star reports that the television ad would poke fun at “Megxit” and joke about fans ditching England for another country if the England football team get knocked out the tournament.

Read more: The Duke and Duchess of Cambridge react to awkward Harry and Meghan joke at the BAFTAs

And, while Meghan and Harry’s team are said to be pondering the deal, Paddy Power is thought to be so keen to sign the couple that it is willing to “negotiate”.

Harry and Meghan have been approached by Paddy Power. The idea has been outlined to them. They have been given a ballpark, six-figure fee and they are considering it.

A source said: “Harry and Meghan have been approached by Paddy Power. The idea has been outlined to them. They have been given a ballpark, six-figure fee and they are considering it.”

They added: “It certainly wasn’t a no. It is a long shot, but the ball is in their court.”

Admitting the royal booking is a little “ambitious”, the source said: “It was worth a punt.”

Read more: Dancing On Ice judges rush to comfort Lisa George after she suffers a fall

Following their split from the royal family, Harry and Meghan are striving to become financially independent, something the reported Paddy Power deal could most certainly assist with.

ED! has contacted Paddy Power for a comment about this story.

Would you like to see Harry and Meghan on a Paddy Power ad? Tell us on our Facebook page @EntertainmentDailyFix.