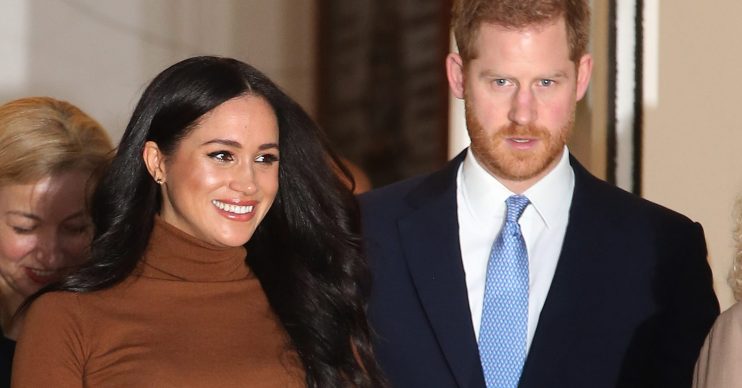 'There will be some redundancies'

The Duke and Duchess of Sussex are reported to have axed all 15 of their UK staff following their decision to step down as ‘senior’ members of the Royal Family.

The couple have reportedly closed down their office at Buckingham Palace and let their “very loyal” employees go, as reported by the Daily Mail.

A source told the publication: “Given their decision to step back, an office at Buckingham Palace is no longer needed.

Read more: Prince Harry ‘in talks with US bank as he and Meghan set to cash in on corporate deals’

“While the details are still being finalised and efforts are being made to redeploy people within the royal household, unfortunately there will be some redundancies.”

Those reported to have been axed include Sara Latham – the Sussexes’ communications chief – private secretary Fiona Mcilwham and assistant communications secretary Marnie Gaffney, who helped organise their tours of Australia and Africa.

Other members of staff said to be leaving are press officer Julie Burley – who worked on Harry’s mental health campaign with the Duke and Duchess of Cambridge, William and Kate, Heads Together – and programme co-ordinator Clara Loughran.

According to the Daily Mail, social media expert David Watkins has likewise been axed.

They are all good people… everyone feels incredibly sorry for them.

A source who said the staff were loyal “to a fault” told the newspaper: “They are all good people, very loyal and brilliant at their jobs, and everyone feels incredibly sorry for them.”

The Sussexes are currently believed to be holed up at a £11million mansion on Canada’s picturesque Vancouver Island.

And while they stand by their decision to step back from royal duties, a pal of Harry said the prince has been “suffering”.

Read more: Prince Harry set to be ‘replaced as Captain General of the Royal Marines by Princess Anne’

Polo player Nacho Figueras said he has seen how hard the couple have found recent months, as he said on ABC special Royal Divide: Harry, Meghan and the Crown: “I spoke to Harry a few days ago. He has suffered a lot from all of things that have happened to him. He suffers a lot from people judging him.”

Speaking further, Nacho admitted he can understand why Harry made the decision he has and thinks his late mother, Princess Diana, would be “proud” of him.

He said: “He’s being a father… a guy who is trying to protect his cub and his lioness from whatever it takes. He has become an incredible man, a man that his mother would be proud of.”