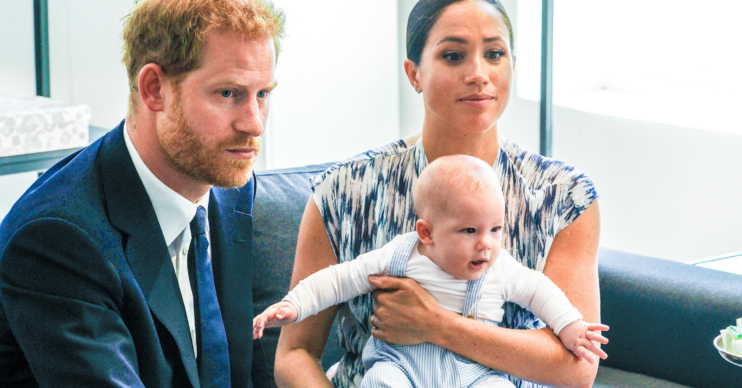 Her Majesty's plans are also very likely to have changed significantly

According to reports, Prince Harry, Meghan Markle and baby Archie were due to visit the Queen.

But the Duke and Duchess of Sussex may be forced to cancel their summer plans due to the coronavirus pandemic.

It is believed they had accepted an invitation to spend time at Balmoral in Scotland with Her Majesty.

However, Yahoo’s royal correspondent reports it is “very unlikely” the Sussexes will make it.

Current UK quarantining guidance suggests they could be required to self-isolate for two weeks if they fly over.

The Queen spends every summer at her estate in the Highlands but that traditional break seems to be under threat.

A number of other options are being considered for the Trooping of the Colour.

The trip would have marked Archie’s first time at Balmoral, however his parents are expected to stay in Los Angeles instead.

The family are currently staying in film producer Tyler Perry’s 22-acre estate in Beverly Hills. They were last in the UK in March as they finished up their last official duties as royals.

‘Queen keen to return to duties’

Yahoo also speculate Harry and Meghan may have been scheduled to attend Trooping the Colour on the Queen’s official birthday in June.

But with that event not going ahead “in its traditional form”, it is thought the Queen is unlikely to travel to the capital from Windsor herself.

“A number of other options are being considered, in line with relevant guidance,” the Trooping the Colour website confirms.

And although the Queen is expected to withdraw from public duties for months, she is also reported to be keen to return.

Buckingham Palace will closed to the public this summer for the first time in three decades. The Order of the Garter service has also been cancelled.

Royal Ascot will only take place behind closed doors, if it goes ahead.

And plans for a state visit to South Africa in October also hang in the balance.

Nonetheless, the 94-year-old is “more determined than ever to return when the time is right”.

A royal source is reported to have told the Mirror: “There is going to be a lot more interaction between the family members while the crisis is ongoing.

“Her Majesty has given instructions that, after a turbulent period for the family last year, now is the time to heal and have a united front and get back to the basics of what the monarchy is for.

“Her sole belief is that it goes back to the basics of duty.”