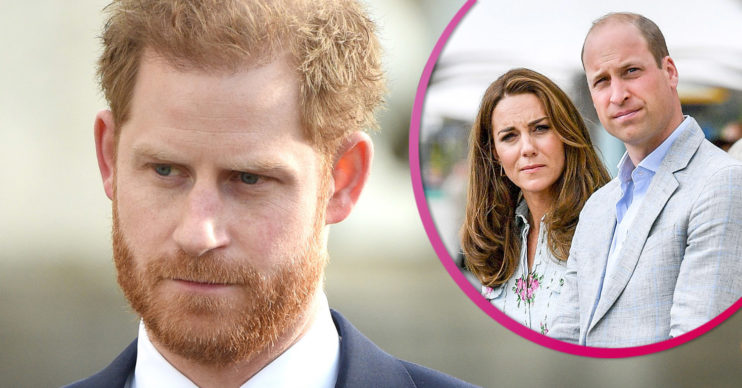 Harry made the gesture to William before he popped the question

Prince Harry reportedly made a “selfless” decision for his brother Prince William before he proposed to Kate Middleton.

Following their mother Princess Diana‘s death in 1997, William and Harry both got to keep a piece from her jewellery collection.

It was so the then youngsters would have something to remind them of their mother.

In Amazon Prime show The Diana Story, Paul Burrell has revealed that Harry offered the ring to William in 2010.

At the time, William was preparing to propose to Kate Middleton.

Paul said: “Harry said to William: ‘Wouldn’t it be fitting if she had mummy’s ring?’

“Then one day that ring will be sat on the throne of England. Harry gave up his precious treasure.”

“His one thing he kept from his mother, he gave to his brother. That’s selfless, kind and exactly who Diana was,” he added.

Meanwhile, William and Harry have agreed for their late mother’s wedding dress to be displayed.

The famous gown will go on show at Kensington Palace as part of a Historic Royal Palaces temporary exhibition.

This will be the first time the dress has been put on display in more than 25 years.

The event will open in the newly-restored historic Orangery on June 3 until January 2022.

Matthew Storey, exhibition curator at Historic Royal Palaces, said: “Our summer exhibition at Kensington Palace will shine a spotlight on some of the greatest talents of British design.”

In addition, he said: “While one of the highlights will undoubtedly be Diana, Princess of Wales’s show-stopping Emanuel-designed wedding dress – which goes on show at the palace for the first time in 25 years – we’ve got some real surprises up our sleeve for fashion fans.”