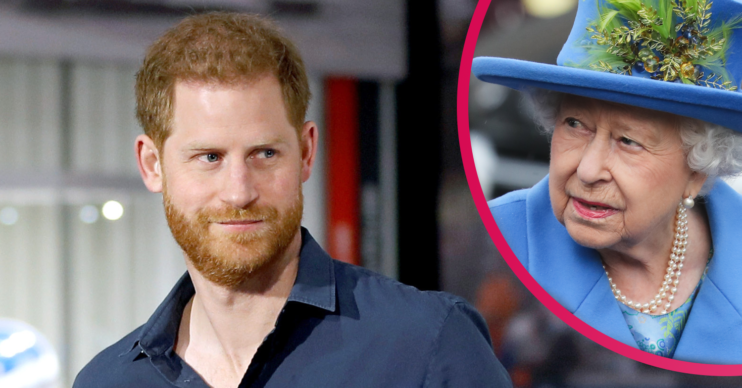 Reports claim the Queen wants to protect him

In the latest Prince Harry news, the Queen recognises that her grandson is a “lost soul” and wants to protect him, a biographer has said.

Despite Harry and Meghan Markle‘s departure from the Royal Family, Her Majesty has always left the door open for a return.

And now a biographer has claimed she accepts him for who he is.

What is the latest Prince Harry news?

Princess Diana biographer Andrew Morton says that the Queen has learned from her sister Margaret’s treatment by the Royal Family in the past.

He claims Her Majesty has had “infinite patience” towards Harry and wants to protect him.

Speaking to Vanity Fair, Mr Morton said: “I think the Queen knows that being the spare is hard and a part of her recognises that Harry was sometimes a bit of a lost soul just like her sister.

“She has always wanted to protect Harry and I think in part that’s because she watched Margaret fall victim to the system.

“Shutting out Margaret didn’t help and the Queen has learned from that. She didn’t want history to repeat itself with Harry.”

Harry has grown up in the shadow of his older brother Prince William, who is second in line to the throne.

Furthermore, Harry’s exit from the Royal Family goes against the grain.

She divorced Antony Armstrong Jones in 1978 and was the focus of intense media coverage and speculation about her private life.

In addition, Mr Morton says that Harry and Margaret are ‘kindred spirits’.

Meanwhile, the claims come after another torrid week for Harry and William.

Reports say that the Duke of Cambridge is “reeling” after details from peace talks with his brother appeared in the media.

The rift between the two reportedly intensified after Harry and Meghan Markle’s interview with Oprah Winfrey.

A source told US Weekly: “William was left reeling. He says it was a cheap shot to leak details of their private call and that he twisted the truth.”