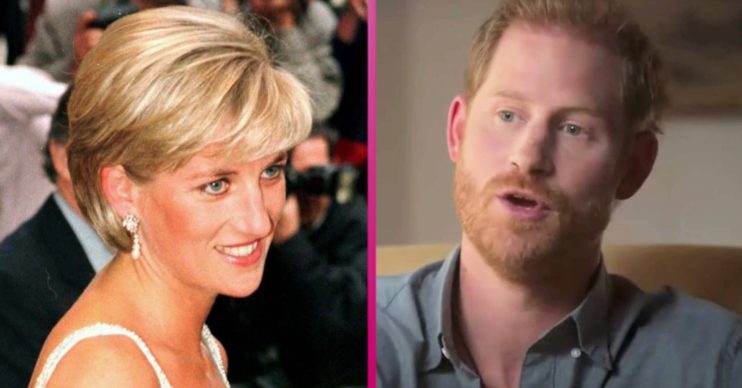 Referred to inaccurately due to 'an admin error'

In the latest Prince Harry news, he is set to “lose his HRH title” at an exhibit about his mum.

A report has claimed a reference to the Duke of Sussex‘s pre-Megxit status will be removed from a royal display.

It is understood Harry and brother Prince William contributed to the Princess Diana showing at at Kensington Palace.

What is the latest news about Prince Harry?

According to The Sunday Times, Harry was referred to inaccurately due to a glaring admin error.

Dresses worn by Diana went on public display in the Royal Style In The Making show last week.

Her 1981 ivory taffeta and lace wedding dress is among those shown in the exhibition, open until January 2 2022.

However, an explanatory placard is said to have contained an out-of-date credit, including a former title of Harry’s.

So what’s the issue?

When Harry and Meghan Markle stepped away from royal duties, they lost their HRH titles.

But they could remain known as Duke and Duchess.

The Sussexes will not use their HRH titles as they are no longer working members of the royal family.

A palace rep said at the time: “With The Queen’s blessing, the Sussexes will continue to maintain their private patronages and associations.

“While they can no longer formally represent The Queen, the Sussexes have made clear that everything they do will continue to uphold the values of Her Majesty.

“The Sussexes will not use their HRH titles as they are no longer working members of the royal family.”

So what will happen next?

Inaccurate information on notices will change, according to The Times.

Read more: Kate ‘believed it wasn’t too late for Meghan and Harry to return to royal family’

A rep for the Royal Collection Trust said it was at fault for the error.

The labels were incorrect and will be updated.

They added: “The labels were incorrect and will be updated.”

So what other royal privileges did Prince Harry lose?

Harry’s honorary military titles, as well as royal patronages, have been “redistributed”.

These included Harry’s Captain-General of the Royal Marines title.

Harry also lost out on being patron for England Rugby.

Meghan’s association with The Royal National Theatre and The Association of Commonwealth Universities also ended.