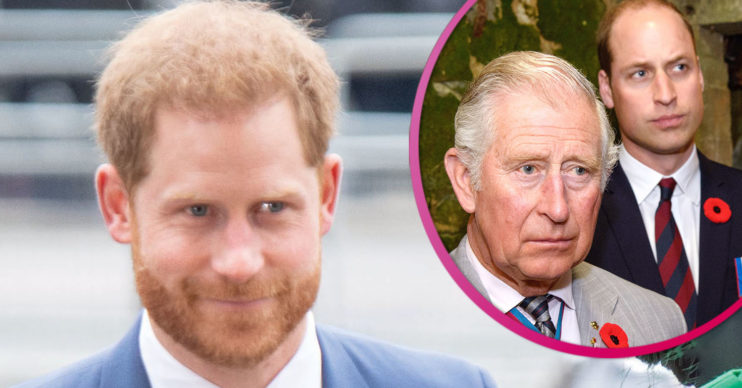 Harry's relationship with his family is reportedly strained

In latest Prince Harry news, he may not solve his rift with his family following his Oprah Winfrey interview, a royal expert has claimed.

The Duke of Sussex‘s relationship with his father Prince Charles and brother Prince William is said to be even more strained after the interview.

Now, Charlie Rae – a former royal editor at The Sun – has said he doesn’t believe William and Charles “will be extending their open arms again” to Harry.

Prince Harry to ever heal ‘rift’ with his family?

Mr Rae told talkRADIO: “I think [Harry] looks like a startled rabbit caught in the headlights.

“Why on Earth he would think he can just come back for a funeral and expect everybody to throw their arms around him after he called them a bunch of racists.

“I’m now coming to the view that this is a problem that’s never going to go away. It will not be solved.

“I do not believe that William and Charles will be extending their open arms again to Harry in the light of what he said.

“They slagged off Kate [Middleton]. I just think it’s too far now.”

Rumours of a rift have surrounded brothers Harry and William for a few years now.

However, following Harry and Meghan Markle’s Oprah interview, their relationship is said to have become more strained.

A source claimed that the trio “took the opportunity to speak and catch-up face to face after many months apart”.

In addition, they apparently started the “baby steps” towards a reconciliation.

During his visit to the UK, Harry also reportedly met with his grandmother the Queen a couple of times.

Royal fans were delighted when they saw Harry speaking with William and his wife Kate Middleton outside St George’s Chapel after Philip’s funeral service.