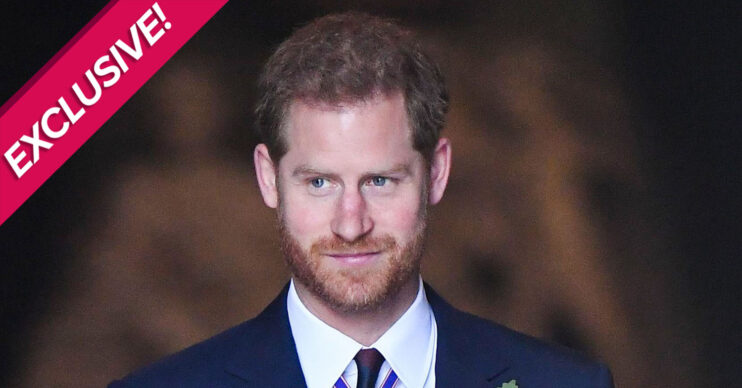 In latest Prince Harry news, a photographer has opened up about the amusing moment he captured between the Duke and a baby.

Shutterstock’s royal photographer Tim Rooke has shared memories of capturing the most famous family in the world on what would have been Prince Philip’s 100th birthday.

As well as his memories of the Duke of Sussex, Mr Rooke said the Duke of Edinburgh always had a “spark of rebellion and mischief” in him during engagements and trips.

What did Tim Rooke say about the Prince Harry moment?

Mr Rooke told Entertainment Daily!: “We were doing a walkabout in New Zealand when a baby was shouting, so Prince Harry decided to shout back at the baby.

“It was so funny, and I’m so glad I was able to capture the moment on camera.”

Meanwhile, Mr Rooke discussed Prince Philip and what he learned about the Duke’s personality through the lens.

He continued: “The Duke of Edinburgh was very modest and never needed the spotlight on him.

“However, there was always a spark of rebellion and mischief in him that I tried to capture when the opportunity arose.

“Most of the photographs that I have of Prince Philip are of him at events supporting The Queen.

Prince Philip ‘always a spark of rebellion and mischief in him’

“I often captured him holding her hand to help her as she exited a car, carriage, or venue. Otherwise, he would regularly walk behind her, respecting her position as Queen.”

Meanwhile, Mr Rooke opened up about photographing the Duke before he stepped down from royal duties in 2017.

He told us: “Before he retired from his duties however, he always accompanied Queen Elizabeth II, so I have been lucky to travel with him over the years to some amazing places, such as Kampala Uganda in 2007 for the Commonwealth Heads of Government Meeting.

“One image I’ll always remember is one I took of the two of them in 2010 as they were watching a performance in the Cunard Centre in Halifax Nova Scotia on a nine-day tour of Canada.

“The photo I captured to my great surprise was chosen for the Royal Collection as part of The Queen’s 60 photographs for the 60 Years Exhibition.”

Which other royals did he photograph?

Elsewhere, Mr Rooke also discussed the incredible moments he joined other royals on their tours.

He joined Princess Diana on her trips to Angola, Bosnia and Australia.

In addition, Mr Rooke has accompanied Her Majesty to Australia, South Africa, Canada, Thailand and Ireland.

He added: “As photographers, we get better access to the royals when they go overseas as there’s typically less media around and they also seem more relaxed.”

But that’s not all. Mr Rooke was also present at a string of royal weddings to capture the day.

He revealed: “To have worked at Prince Charles and Camilla Parker Bowles’ wedding…

“…Prince William and Kate’s, and Prince Harry and Meghan’s, has been quite the experience.”

What other moments did Tim Rooke capture of the royals?

Mr Rooke explained: “I was also once lucky enough to be the only person to capture a moment between Camilla and Prince Charles during a trip to a vineyard in Australia.

“She was playfully threatening him with a knife, but it ended up resembling the famous shot from The Shining. It turned out to be a fantastic candid photo of them both.”