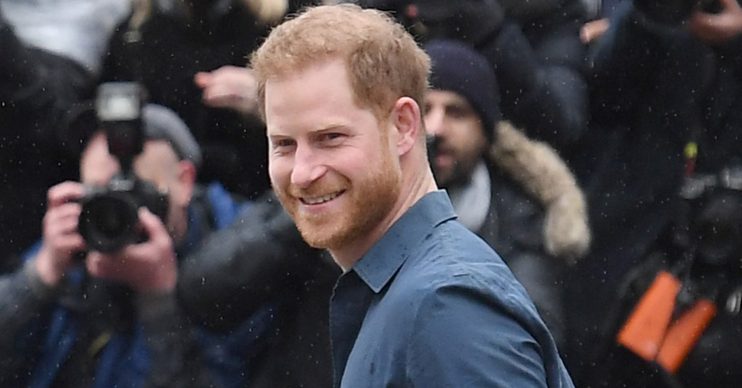 He gave a speech on eco-tourism at a Scottish conference

It’s been reported that Prince Harry ‘booked out’ an entire first class train carriage when he travelled from Edinburgh to London following his eco tourism speech in Edinburgh.

The Duke of Sussex, 35, gave a speech on the importance of eco-conscious travel as he helped launch his new venture Travalyst.

The Daily Mail reported that once his speech was over he returned via rail and took an entire carriage for himself and his bodyguards.

Estimated at costing around £12,000, it is unclear if Harry, who has stepped down from his senior royal duties, will be footing the bill or if the British public will be.

Harry and his wife Meghan announced they wished to leave the royal family back in January, and have since relocated with their son Archie to Vancouver Island, Canada.

Read more: Canada to stop paying for Meghan and Harry’s security next month

Harry is back in the UK to finish his final leg of royal duties and Meghan is expected to join him within a matter of days.

They announced on their official website that their royal duties would cease on March 31.

Read more: Princess Diana’s friend says she would be ‘upset’ over Megxit

At the Edinburgh event Harry reportedly asked participants to simply call him by his first name rather than by his royal title of prince.

The conference was held to boost partnerships and understanding of the new company Travalyst, which aims to find easier ways for travellers to travel sustainably.

His speech included: “We are a coalition of partners with a shared goal to transform the future of tourism and travel for everyone – to give people access to better information and ensure the future development of tourism positively supports the destinations that the industry relies on, and that their communities depend on.

“We believe travel is a good thing. It is the heart of human experience, of cultural connections and of new friendships.”

Harry gave the speech at 10am and is reported to have stayed at the conference for a further five hours.

He stayed overnight at the Grand Sheraton Hotel where rooms are typically £280 a night.