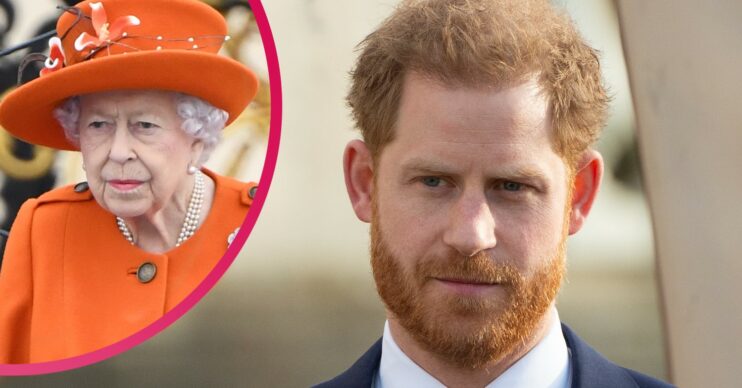 The duke will release his book this year

Prince Harry is “going out of his way” to make sure nothing in his tell-all book is damaging to the Queen, a royal expert has claimed.

The Duke of Sussex is releasing a memoir later this year about his life.

However, there’s been fears it could make more accusations about the Royal Family, like Harry and Meghan Markle‘s Oprah interview did last year.

But, according to Finding Freedom author Omid Scobie, Harry doesn’t want anything in the memoir to be negative towards his grandmother, the Queen.

Mr Scobie told the Royally Obsessed podcast: “I’ve been told by sources that Harry is going out of his way to make sure there is nothing in there that could be construed as being negative towards the Queen or her reign in any way.

“I don’t think that ‘warts and all’ moment is going to happen.”

It comes after another expert previously said that Harry may have his sights on Camilla, Duchess of Cornwall, in the book.

Speaking to Closer magazine, Princess Diana’s former butler Paul Burrell said: “After the reports [Camilla] was involved in his parents’ marriage and then stepped into Diana’s shoes as Charles’ wife…

“…I suspect Camilla will be in his sights, so I’d say Harry’s set to reveal any Camilla secrets.”

What is Harry’s memoir about?

Last year, Harry announced he would be releasing a memoir in 2022 about his life.

He said in a statement that he’s writing the book about “the man I have become”.

Read more: Prince Harry’s book will ‘shake royals to the core over true feelings about Camilla’

He added that he hopes he can help show that “no matter where we come from, we have more in common than we think”.