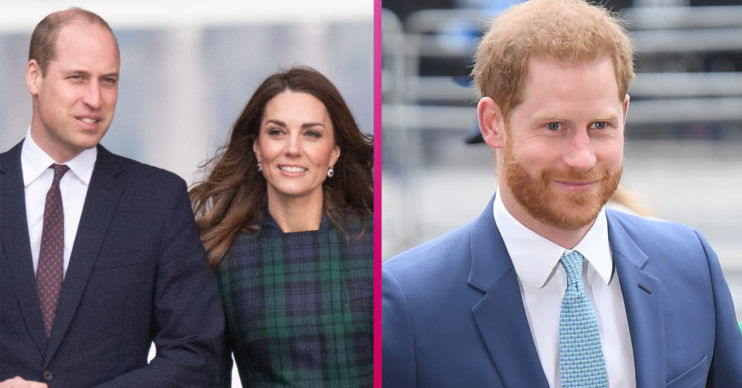 Prince Harry is celebrating his birthday in California

Prince Harry is celebrating his 36th birthday today and his brother Prince William and his wife Kate Middleton have sent a message.

The Duke of Sussex is marking the special day in California with his wife Meghan Markle and their son Archie.

On Tuesday (September 15), Kate and William shared a sweet photo to Instagram.

The picture showed Kate, William and Harry competing in a race.

Back in 2017, the trio went head-to-head in a 100-metre sprint to raise awareness of mental health issues.

What did William and Kate say to Prince Harry on his birthday?

Another wrote: “Love the photo!”

Harry stepped back from royal duties in March along with his wife Meghan.

They have been living in America with their one-year-old son Archie and recently bought a mansion in Montecito.

Meanwhile, there have been rumours Harry and William fell out when Meghan came into the picture.

Last year, Harry admitted he and William are on “different paths” and have “good days and bad days”.

However, the dad-of-one said they would “always be there” for each other and he loves his brother “dearly”.

Earlier this year, Meghan and Harry said in a statement that they wanted to become financially independent while still supporting the Queen.

And they’ve done just that after landing a Netflix deal, rumoured to be worth £112 million.

The couple will produce documentaries, television dramas and even movies for Netflix.

Since announcing their deal, the couple said they have repaid the £2.4 million spent on Frogmore Cottage renovations.

Meanwhile, the couple reportedly aren’t receiving any money from Prince Charles any longer.