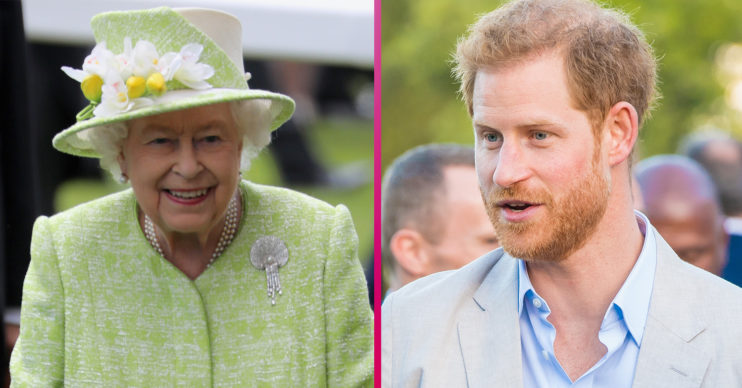 Other royals have celebrated the occasion

Prince Harry is 36 today and The Queen has sent a touching birthday message to her grandson.

In the picture, Harry is seen grinning at his grandmother during a Queen’s Young Leaders reception in 2017.

What did The Queen say to Prince Harry on his birthday?

The post read: “Wishing The Duke of Sussex a very happy birthday!

Wishing The Duke of Sussex a very happy birthday!

“The Queen and The Duke during a Queen’s Young Leaders reception at Buckingham Palace in 2017.”

Fans loved the image, with many gushing over The Queen and Harry’s bond.

One person said: “Look at that smile.”

Another commented: “The choice of this picture is very good. Happy birthday Harry, I wish you the best.”

They posted a picture which showed Kate, William and Harry competing in a race.

Back in 2017, the trio went head-to-head in a 100-metre sprint to raise awareness of mental health issues.

A post shared to the Clarence House Instagram page read: “Wishing a very happy birthday to The Duke of Sussex today!”

Prince Harry is expected to spend the day with wife Meghan Markle and their son Archie, one.

The family are living in California after Meghan and Harry stepped back from royal life in March.

The couple were last seen with the royal family at the Commonwealth Day service in March.

Due to the coronavirus pandemic and travel restrictions, Harry and Meghan haven’t been able to return to the UK.

However, they have reportedly stayed in touch with the royal family by telephone and video calls.

Prince Harry is “content” with his marriage and family

Meanwhile, royal experts have claimed Harry is “happier than ever” on his 36th birthday.

Omid Scobie, who co-wrote the Meghan and Harry biography Finding Freedom, said Harry is “very content” with his marriage and family.

“He has moved on very quickly, and I don’t think he misses his old life at all.”