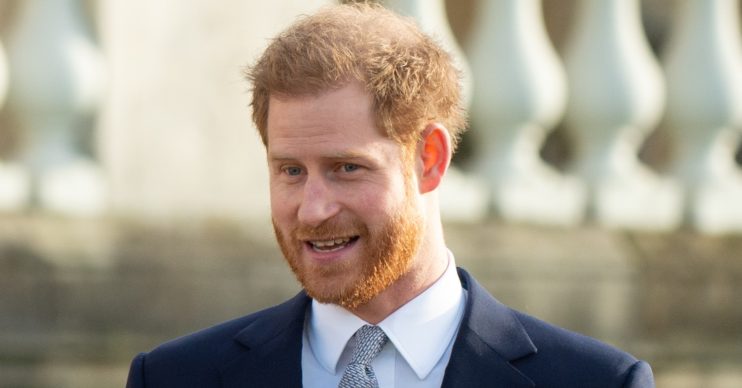 He thinks "now is the time" for change

The Duke of Sussex, Prince Harry, has apologised for ‘institutional’ racism in a new video released on what would have been his late mum’s 59th birthday.

In a surprise speech for The Diana Award, the former senior royal, 35, said he is “sorry” that his own generation and the one before it hasn’t “done enough” to end “institutional racism”, which he admitted is still “endemic”.

Speaking directly to the camera in a clip filmed for the awards organisation, he said: “My wife said recently that our generation and the one before us haven’t done enough to right the wrongs of the past.

We are committed to being part of the solution.

“I too am sorry. Sorry that we haven’t got the world to a place you deserve it to be. Institutional racism has no place in our societies, and yet it is still endemic.

“Unconscious bias must be acknowledged, without blame, to create a better world for all of you.”

NEW: Prince Harry says institutional racism is “endemic” and pledges to tackle it.
In a video message to the @DianaAward ceremony, he said: “Institutional racism has no place in our societies. Yet it is still endemic”.
🎥 WATCH 👇 #BlackLivesMatter #blm pic.twitter.com/5VwxWZ8AHL

Speaking further, the duke insisted he is “committed” to being “part of the solution” to ending systemic racism. He also said that “now is the time” for change.

He continued: “I want you to know we are committed to being part of the solution.

“And to being part of the change that you are all leading. Now is the time, and we know you can do it.”

It follows a moving speech from the Duchess of Sussex, Meghan Markle, about racism in the US following the killing of George Floyd.

Last month, the former Suits actress, 38, admitted she was unsure what was the “right” thing to say about the tragedy.

But she realised the worst thing she could do was to hold her silence about the murder and the civil unrest that followed.

Meghan spoke in a video message to the graduating class of her old Los Angeles school, Immaculate Heart High. She referenced the deaths of people of colour at the hands of police.