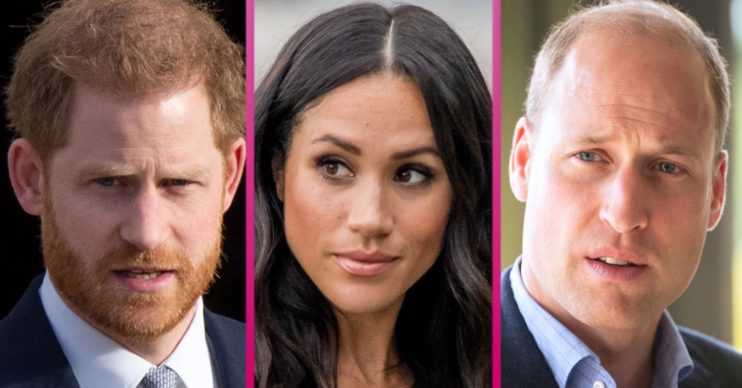 Prince Harry and William can only heal if Meghan Markle is ‘out the picture’, expert claims

The pair haven't been the same in years

Prince Harry and William can only work on their relationship if Meghan Markle is “out of the picture”, a royal author has claimed.

Tensions between the brothers have been high since Harry and his wife announced their decision to step back from royal life.

According to US Royal Correspondent, Kinsey Schofield, the pair can only patch things up without Meghan’s interference.

Could Prince Harry and William repair their relationship?

The Los Angeles-based journalist told The Mirror: “I think the only way that things would go back to normal is if Prince Harry and Meghan Markle were to separate and Prince Harry returned to the UK solo.

“However, Harry would never leave his children in another country.”

In addition, Kinsey went on to explain the brothers could be helped by Kate Middleton.

She said: “I believe the Duchess of Cambridge is a very strong champion for the reunion. But I also imagine that she knows where her husband’s head and heart are and isn’t going to push for something that he’s not ready for.”

Harry and William recently reunited for the funeral of their late grandfather Prince Phillip.

Meanwhile, the Duke and Duchess of Sussex reportedly congratulated William and Kate on their tenth wedding anniversary.

What else has Harry been up to?

Harry has had a few digs at the Royal family following his and wife Meghan’s bombshell interview with Oprah Winfrey.

In one podcast he said he wanted to break the “cycle of pain” passed down from Charles to him with his own children.

And speaking in his AppleTV+ series The Me You Can’t See, the Duke claimed the royal family exercised “total neglect” toward both his and Meghan’s mental health.

However, the Daily Mail reports: “Charles is such a gentle man and a dedicated father first and foremost. He’ll be feeling wretched. He wants to seek a reconciliation. He is not vindictive at all.”

In addition, the insider added: “I don’t think the prince will cut his son off despite what Harry has said.”