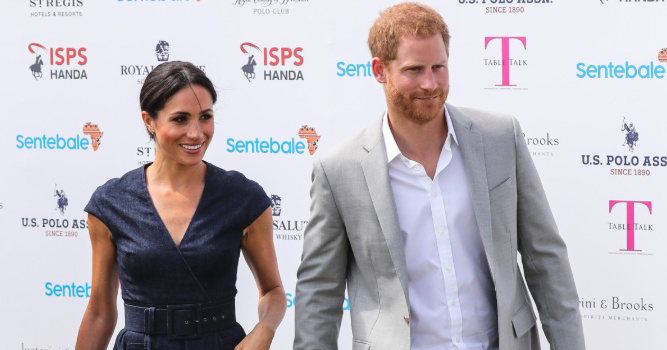 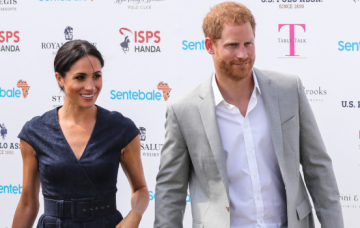 Prince Harry and wife Meghan to stay at Butlin’s?

And could George, Charlotte and Louis be tagging along?!

The 34-year-old royal may be used to luxury vacations around the world, but he’s keen to take his new missus to the holiday camp after catching a glimpse of the company’s Bognor Regis resort during a tour of the University of Chichester on Wednesday.

Harry had spotted the peaks of a large white tent, and was surprised when he was told it was a Butlin’s resort.

And the holiday company was quick to reach out to the couple, and even suggested they might want to bring along their young nephews Prince George, five, and Prince Louis, five months, and three-year-old niece Princess Charlotte.

Butlin’s later shared a photograph from 1963 of Harry’s grandparents, Prince Philip and Queen Elizabeth, touring one of the resorts with founder Billy Butlin.

They tweeted: “We’d love to welcome #HarryandMegan to resort. They’d be following in another famous Royal couple’s footsteps…(sic)”

Perhaps they should try spelling her name correctly first, though – oops.

Harry and Meghan’s visit on Wednesday was their first official trip to Sussex, the county which features in the Duke and Duchess titles they were given by the queen after their marriage in May.

During the trip, the former Suits actress was shown the local copy of her home country’s Declaration Of Independence.

She and her husband also met with local children, and the prince advised two young boys to change their gaming habits.

Harry was speaking to eight-year-old Ziad and Eren from Queen’s Park Primary School outside the Royal Pavillion in Brighton when they asked if he played ‘Fortnite’, which has an age range of over 12s.

The boys revealed afterwards Harry had told them children of their age should play different games, but he approved of ‘Minecraft’.

The school group made the couple laugh with questions such as, “How big is your palace?” and “Can I have your phone number?”

Do you holiday at Butlin’s? Leave us a comment on our Facebook page @EntertainmentDailyFix and let us know what you think!