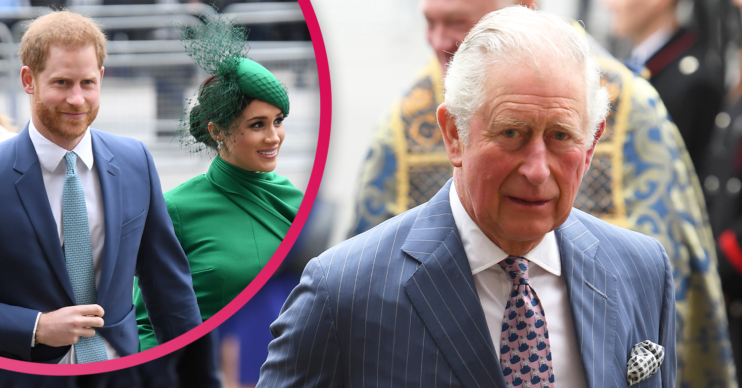 She didn't want a 'tit for tat' war of words

Prince Charles wanted to issue a “point-by-point rebuttal” after Prince Harry and Meghan Markle’s tell-all Oprah Winfrey interview, it has been claimed.

The bombshell interview aired earlier this week and levelled a number of claims against the royal family.

Meghan spoke of feeling suicidal during her pregnancy with Archie and also said there were “concerns” about his “skin colour”.

Buckingham Palace responded by saying it was taking the claims “very seriously”.

However, it turns out that isn’t the response the heir to the throne wanted to put out.

What did Prince Charles want to say about the interview?

Palace sources said Charles was “vetoed” by The Queen when it came to a response to the Harry and Meghan interview.

According to The Sun, he wanted to issue a “point-by-point rebuttal” that addressed all the claims they made.

Read more: Piers Morgan claims he ‘lost his job’ after refusing to apologise to Meghan Markle

However, it’s thought the royal family didn’t want to become embroiled in a “tit for tat” war of words.

The source claimed: “There were different reactions when the palace was working out what to do.

Prince Charles wanted to rebut, point by point, the claims that had been made.

“One, to take the Queen’s view, to issue the quiet statement saying we are unhappy to hear they were unhappy.

“But Prince Charles wanted to rebut, point by point, the claims that had been made.”

What did the royal family say about the Prince Harry and Meghan interview?

The palace released a statement on Wednesday (March 10).

It said: “The whole family is saddened to learn the full extent of how challenging the last few years have been for Harry and Meghan.

Read more: Prince Harry ‘among most at risk’ after Army career and security cut

Earlier this week, Prince William became the first member of the royal family to break his silence on the couple’s claims.

During a public engagement with wife Kate, he was asked if he’d spoken to his brother.

He said he hadn’t yet but intended to.

He was also asked if the royal family were racist – a claim he categorically denied.

“We’re very much not a racist family,” he said.