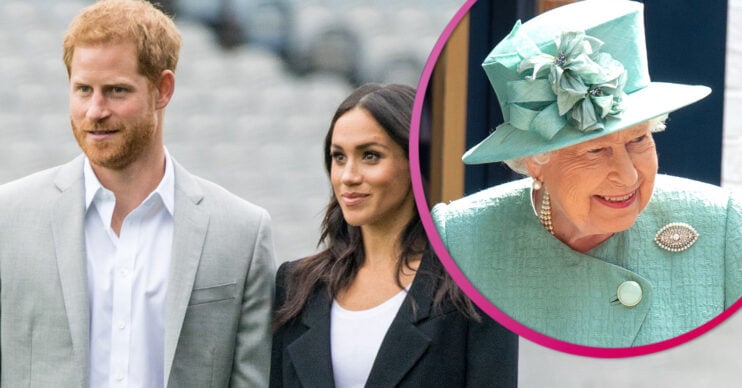 Prince Harry and Meghan naming baby Lilibet in nod to the Queen is ‘rude’, says expert

The couple paid tribute to the Queen with their daughter's name

Prince Harry and Meghan Markle named their baby daughter Lilibet in a nod to the Queen.

However, a royal expert has claimed it’s ‘ rude’ that the Duke and Duchess of Sussex chose to name their daughter after Her Majesty after their public attacks on the family.

‘I think it’s quite rude to her Majesty the Queen.’

She tells @susannareid100 & @richardm56 that using the Queen’s ‘private nickname is quite demeaning.’ pic.twitter.com/yCED8Ti2A5

What did Ms Levin say about Harry and Meghan’s baby name Lilibet?

When asked if she thinks the Queen would be happy about Lilibet being used by Meghan and Harry, Ms Levin said: “Not after what’s happened.

“I think she’s desperately unhappy because they were desperately rude about her, I don’t think it’s a good idea.

“I think it’s quite rude to her Majesty the Queen.”

What else did the expert say?

In addition, the biographer said: “It was a very private nickname from her husband who hasn’t been dead for very long.

“Prince Charles would never dream of referring to his mother as Lilibet.

However, journalist Afua Adom hit back during the discussion and called it a “nod of affection”.

She said: “To say the Queen would be unhappy is frankly ridiculous. It’s a bit of a nod to Meghan’s mother Doria as well, her nickname for Meghan is flower.

“It’s also a bit of a stretch to say that the Queen is fuming that her great grandchild is named after her. I think it’s a nod of affection.”

During a statement on Sunday (June 6), Meghan and Harry explained the meaning behind their daughter’s name.

The statement read: “Lili is named after her great-grandmother, Her Majesty The Queen, whose family nickname is Lilibet.

Meanwhile, Buckingham Palace said the news “delighted” the Queen, Prince Charles and other members of the royal family.

A spokesperson said: “The Queen, The Prince of Wales & The Duchess of Cornwall, and The Duke & Duchess of Cambridge have been informed…

“And are delighted with the news of the birth of a daughter for The Duke and Duchess of Sussex.”

What do you think of Lilibet’s name? Let us know on our Facebook page @EntertainmentDailyFix.