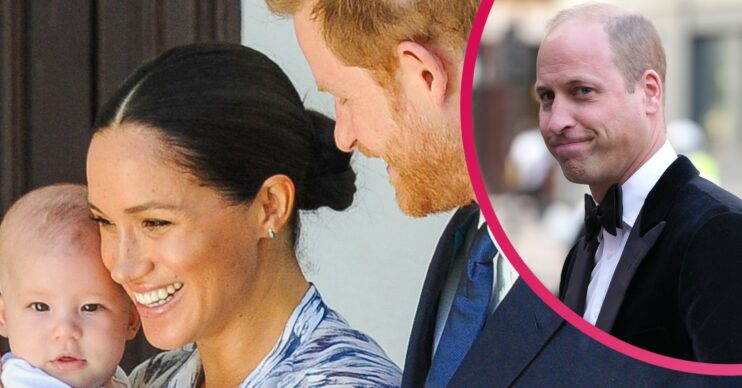 Their lips were sealed, until they weren't.

An updated version of Andrew Morton’s updated unauthorised biography made the claim.

In the book, Meghan: A Hollywood Princess, he claims their made left William puzzled.

In the book, Morton writes: “The decision to keep the names of the godparents secret was another issue.”

“One of many,” he added, that “perplexed William”.

Mr Morton adds: “He, like others inside the family, felt that those chosen to guide and counsel a future royal prince, seventh in line to the throne, should be identified.

“Harry and Meghan thought otherwise,” writes Morton. “They explained that the godparents were genuine friends, not celebrities or public figures, and had joined with the royal couple in preferring privacy.”

What happened at Archie’s Christening?

Archie is now two years old and has a little sister, Lilibet, who is four months old.

On July 6 he became christened at a private chapel within the grounds of Windsor Castle.

The decision to keep the names of the godparents secret was another issue, one of many, that perplexed William.

But the question of who the Godparents didn’t become public straight away.

Did Harry and Meghan ever reveal the identity of the Godparents?

At the time, The Mirror reported it was Harry who steered the move to keep the secret.

A source was quoted as saying: “People might think Meghan responsible for this whole privacy thing but it is Harry leading the charge.”

Six months later the secret was out.

The surprise Godparents of Archie Harrison Mountbatten-Windsor appeared to be revealed.

So who are they?

In January 2020, reports claimed that Tiggy Pettifer is Archie’s Godmother.

Harry has always been close to Tiggy, who was his childhood nanny.

Mark was formerly an assistant of honor to Prince Charles and is said to have been close to the Princes.

Meanwhile, Charlie van Straubenzee is a close friend of Harry’s.

Harry was even asked to be his best man when he got married in 2018.

What do you think about Meghan and Harry keeping the Godparents’ names secret? Let us know on our Facebook page @EntertainmentDailyFix.