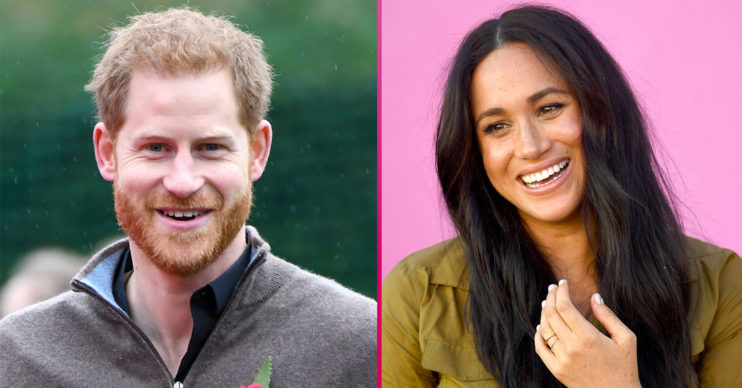 Officially a family of four!

Prince Harry and Meghan Markle have welcomed their second baby – a daughter.

The Duke and Duchess of Sussex announced in February 2021 that they were expecting another child.

They later confirmed in their Oprah interview that they were having a little girl.

Now, the couple have confirmed they are officially a family of four!

What did Prince Harry and Meghan Markle say about their second baby?

Their website announced: “It is with great joy that Prince Harry and Meghan, The Duke and Duchess of Sussex, welcome their daughter, Lilibet “Lili” Diana Mountbatten-Windsor, to the world.

“Lili was born on Friday, June 4 at 11:40 a.m. in the trusted care of the doctors and staff at Santa Barbara Cottage Hospital in Santa Barbara, CA.

“She weighed 7 lbs 11 oz. Both mother and child are healthy and well, and settling in at home.

“Lili is named after her great-grandmother, Her Majesty The Queen, whose family nickname is Lilibet. Her middle name, Diana, was chosen to honour her beloved late grandmother, The Princess of Wales.

“This is the second child for the couple, who also have a two-year-old son named Archie Harrison Mountbatten-Windsor. The Duke and Duchess thank you for your warm wishes and prayers as they enjoy this special time as a family.”

And the couple added: “On June 4, we were blessed with the arrival of our daughter, Lili.

“She is more than we could have ever imagined, and we remain grateful for the love and prayers we’ve felt from across the globe.

‘Thank you for your continued kindness and support during this very special time for our family.”

Read more: Prince Harry and Meghan Markle ‘want to be at Queen’s Jubilee celebrations in 2022’

On Valentine’s Day earlier this year, Meghan and Harry confirmed their baby news.

When did Meghan and Harry announce their pregnancy?

Their rep said in February: “We can confirm that Archie is going to be a big brother.

It came after Meghan sadly suffered a miscarriage in summer 2020.

Meanwhile, during their Oprah Winfrey interview in March 2021, the Duke and Duchess revealed they were having a daughter.

Harry announced at the time: “It’s a girl! Just grateful. To have any child, any one or any two, would have been amazing.

“But to have a boy and then a girl, I mean what more can you ask for? Now we’ve got our family, we got the four of us and our two dogs.”

Meanwhile, following their announcements, bookies predicted what the couple would name their daughter.

Jessica O’Reilly of Ladbrokes told The Sun in May: “Royal fans are increasingly hopeful that Harry and Meghan will name their daughter Philippa, and we’ve been forced to cut the odds accordingly as it’s the only name punters are backing right now.

“It certainly wouldn’t be a huge surprise if Diana is used, though it seems more likely it will be a middle name.”

Will the royals get to see Meghan and Harry’s baby?

There’s been much speculation over whether the royal family will get to see Harry and Meghan’s new bundle of joy.

Some experts predicted the Queen may never get to see her new great-grandchild.

However, others believe the baby could ‘unify’ the royals.

True Royalty TV co-founder Nick Bullen told US Weekly: “The birth of a baby is always a great unifier for a family. I’m sure all sides of the Sussex family will want to celebrate with Harry and Meghan.”

Leave your congratulatory messages for Meghan and Harry on our Facebook page @EntertainmentDailyFix!