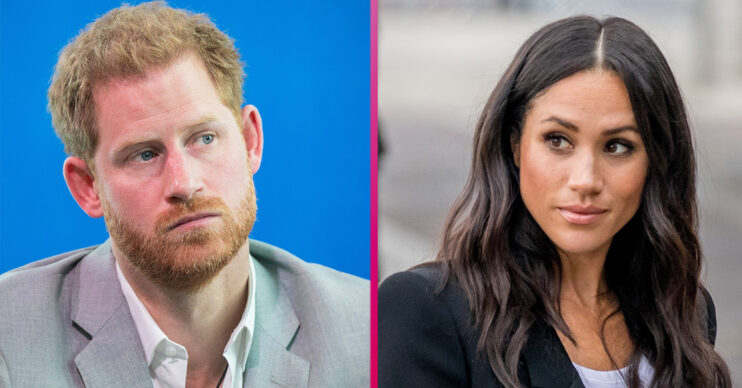 The grave situation in Afghanistan has been global news this week

The royal couple has issued a statement following a turbulent time across the globe.

The Duke and Duchess of Sussex confessed they felt compelled to speak out following the situation in Afghanistan and the humanitarian crisis in Haiti.

The Taliban has taken over the Afghan capital. Hundreds of thousands are in danger and many more are desperately fleeing.

In a statement on their website, Harry and Meghan said they are “heartbroken”.

What did Prince Harry and Meghan Markle say?

They said: “As we all feel the many layers of pain due to the situation in Afghanistan, we are left speechless. As we all watch the growing humanitarian disaster in Haiti, we are left heartbroken.

“And as we witness the continuing global health crisis, exacerbated constant misinformation, we are left scared.

“Though we are not meant to live in a state of suffering, we are being conditioned to accept it.

“As an international community, it is the decisions we make now that will prove our humanity.”

What are royal fans saying?

Fans rushed to share their thoughts on social media. As a result, many expressed their anger at the couple for voicing their concerns.

Read more: Prince Harry ‘planning to return to the UK and will visit the Queen’

One angry tweeter said: “Nothing like stating the obvious if only they understood the world doesn’t need this self-absorbed platform about the pious pair!”

Others praised their statement.

Meanwhile, according to reports, Prince Harry will be returning to the UK soon.

As a result, he’s also expected to pay a visit to The Queen.

A source told the Sunday Express: “Our understanding is that the Duke of Sussex will be accompanied by a small film crew in order to allow the public to see the hard work involved in planning The Invictus games.”