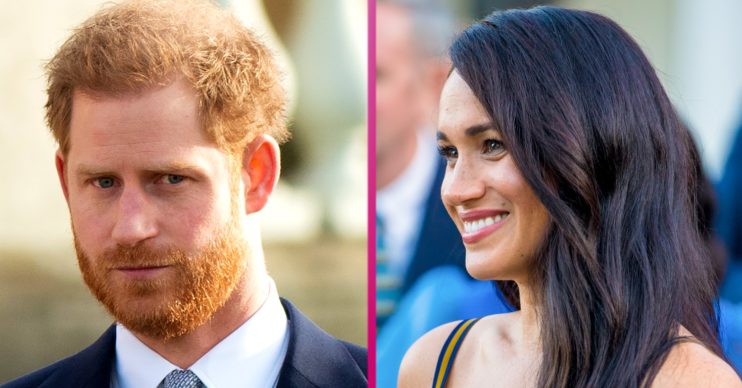 It was the 23rd anniversary of her death this weekend

Prince Harry and Meghan Markle reportedly planted flowers in memory of the late Diana, Princess of Wales over the weekend.

Harry, 35, and Meghan, 38, marked Diana’s anniversary by planting her favourite flowers, forget-me-nots, at a preschool in Los Angeles.

They volunteered at an LA preschool

Photos of them working alongside children were published on social media.

Read more: Prince Harry ‘upset’ he can’t visit The Queen at Balmoral due to COVID-19

Harry and Meghan could be seen wearing face masks as they got stuck in.

“The children of our Preschool Learning Center got a wonderful surprise when The Duke and Duchess of Sussex visited yesterday!” the post said.

“In addition to helping the children replant the Preschool Learning Center’s garden, they spent time with them, sharing their appreciation for nature and helping to instil the importance of healthy eating.

“We truly appreciate their time and care for our students,” it added.

The post continued: “For more than 100 years, @assistanceleagueoflosangeles has been providing early education services to children in need.

So heartwarming. Kudos to Harry and Meghan for being true forces for good.

One angry user wrote: “Why couldn’t they do this in the UK? Using their titles in the US where we don’t have a monarchy is just silly.”

Another disgruntled user argued that they were simply using the children for “PR”.

But others rallied round the former senior royals and heaped them with praise.

One user gushed: “So heartwarming. Kudos to Harry and Meghan for being true forces for good.”

The visit came a week after Harry and Meghan volunteered at another event.

On behalf of the LA organisation Baby2Baby, they donated back-to-school supplies to parents.

Also over the weekend, Princes William and Harry confirmed that a new Princess Diana statue is set to be unveiled next year.

The statue, commissioned by the brothers, will launch on what would have been Diana’s 60th birthday, July 1.