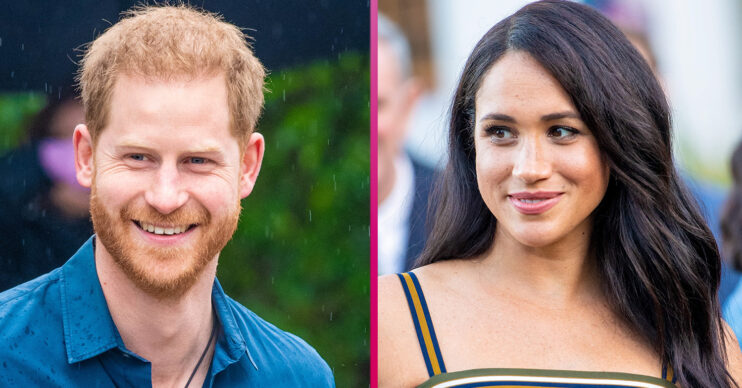 The couple took time off after the birth of their daughter

In latest Prince Harry and Meghan Markle news, the couple are apparently planning to return to work soon.

The Duke and Duchess of Sussex have taken time off following the birth of their daughter Lilibet in June.

However, according to a royal commentator, the couple are now ready to get back into the swing of things and will begin working on new projects.

Mr Scobie said: “We saw them jump from one big project to the next especially when they moved over to the US but they’re on parental leave at the moment…

“But we are about to enter a very busy period for the couple when they do return to work.

“We will see those first projects from Spotify, the Netflix project coming out and of course their own work from their charitable organisation Archewell.”

Mr Scobie added the couple really want to be “on the ground” for those projects.

He added: “We know they’re at their best when they’re interacting with people.”

In an updated version, it was claimed that Meghan and Harry were “not surprised” that full ownership was not taken by the Royal Family over claims of racism.

In their Oprah Winfrey interview, which aired in March, the couple alleged there were ‘concerns’ and ‘conversations’ within the family about how dark their son Archie’s skin would be when he was born.

Writing in Finding Freedom, authors Mr Scobie and Carolyn Durand said: “The Queen’s ‘recollections may vary’ comment ‘did not go unnoticed’ by the couple…

Read more: Camilla ‘may never forgive Meghan and Harry over their treatment of Prince Charles’

“…who a close source said were ‘not surprised’ that full ownership was not taken.

“‘Months later and little accountability has been taken,’ a pal of Meghan added. ‘How can you move forward with that?'”